HomeNewsCouple face eviction from home for “over £32 bill”

Couple face eviction from home for “over £32 bill” 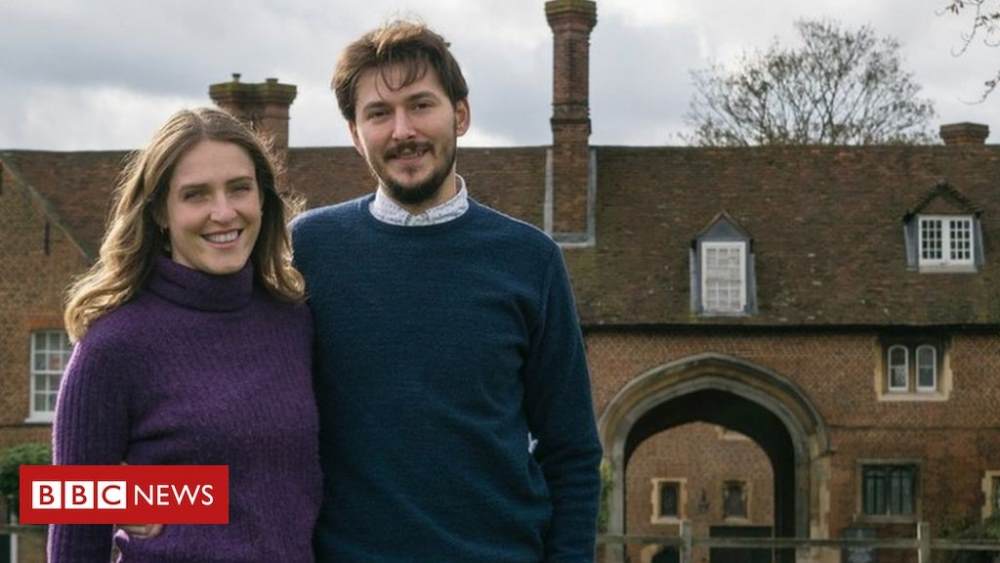 A young couple is at risk of eviction from their fairytale home at the Royal Palace of Hampton Court for using around £32 of electricity to charge their car.

Christopher Brown, 33, and Daisy Bow Du Toit, 31, have been living in a flat at Henry VIII’s old stomping ground for five years.

But their exclusive pad’s now at risk after they ran up the bill for charging their electric Volkswagen eGolf using a power point in a communal boiler room.

Mr Brown even said he’d happily pay the charge, and any fine imposed on top of that.

The couple now have only a few weeks to find a new gaff but say they are struggling in the lockdown market.

Christopher, a design engineer at an automotive company, was charging their car at his workplace until lockdown started. But since then, that has become impossible.

Daisy, a PhD student at Kingston Uni slammed Queen Elizabeth for turfing her and Chris out of their home.

She said: "The Queen of England has evicted us from our home of the last five years.

"This is the first home that we've moved in together and we've taken such good care of it.

"We have raised two adorable and well behaved cats, Luna and Kali and know it is going to be hard to find another suitable home that accepts us and the cats.

"The saddest part is that two years ago we started landscaping and planting in a communal garden that was derelict and have literally poured hours and hours of labour in all seasons with what little money we had into making this space green and beautiful for both nature and our neighbours."

She added: "There was no warning, no questions, just an eviction letter. We have apologised, explained the situation and offered to pay.

"Other renters are protected during the pandemic and get six months but as we rent from the Royal Household we have a non-assured agreement contract so are not protected.

“Before getting the electric car there was discussion about the ability to charge the car or have a charger put in but they said no.”