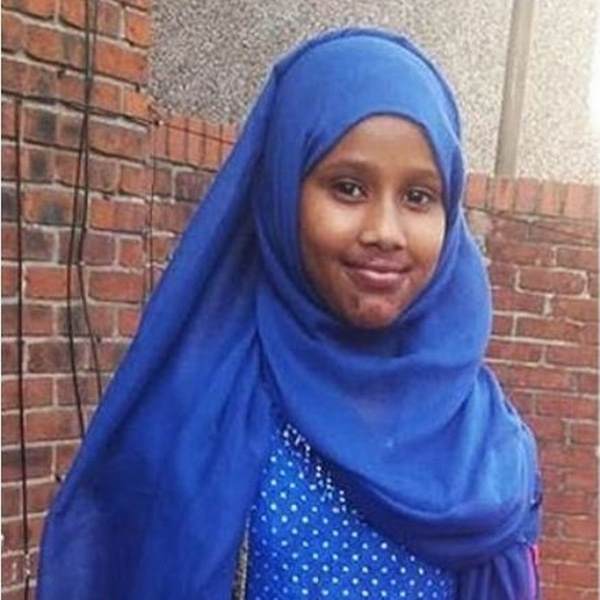 One of the kids present when 12-year-old Somali refugee, Chukri Abdi, drowned in the River Irwell has told the inquest she “accidentally” pushed her into deeper water.

Shukri died in 2019 in Bury, a town north of Manchester. The inquest into her death was adjourned earlier this year, but resumed on Wednesday. It involves three children, who for legal reasons have been dubbed Child One, Child Two, and Child Three.

Child One described the moments leading up to Shukri’s death.

Child One said: “She was holding my legs at the back. I pushed her, I accidentally pushed her to the deep end. I couldn’t swim like that, I pushed her.

“She thought she could swim but didn’t know how to swim. She got into the water next to me. She was grabbing my hand. Something happened, she went down in the water to get back up, she didn’t make it. We were calling to Shukri to get up. She didn’t get up. We were all crying and shouting. She’s like really small. We were panicking. We were like: no, this cannot happen.”

But this claim of grief was contradicted by Gillian Fenton, a paramedic with North West ambulance service who was at the scene of Shukri’s death.

At the time of the incident, Ms Fenton remarked that “No one appeared to be crying or in any state of distress.”

She added that none of the kids appeared to be wet, and wondered if there had been any attempt at all to rescue poor Shukri.

DI Andrew Naismith, of Greater Manchester Police, told the court on Wednesday that nothing questionable happened to Shukri when in the water.

He said: “There was nothing either of a criminal nature or anything untoward that happened to Shukri when she entered the water.”