B Money Joins Forces With ShockTown In Latest Drop ‘S.O.S’ 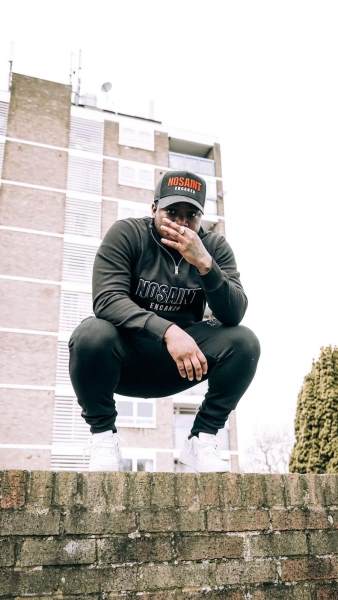 Following the release of well-received tracks ‘TrapCash’ and ‘Turn Up Freestyle’, B Money returns with the visuals to a brand new hard-hitting drop titled ‘S.O.S’ in collaboration with ShockTown.

Set in a dark warehouse, the flashy visual effects by Callum sets the tone for the track before it’s even beginning, through the swift shots of sports cars, trainers, and glitzy jewellery.

The ominous new single ‘S.O.S’ exceeds expectations as B Money’s confidence is immediately on display, as he spits venom over a menacing drill beat produced by Big Zeeko.

Surrounded by his boys in the music video directed by Tremaine, the artist from North-West London raps about his notoriety through his captivating lyricism that consists of an infectious flow. B Money holds a laid-back attitude but does not fail to deliver an energy that will keep you coming back for more.

The duo clearly go hand in hand as Shocktown’s effortless wordplay and distinguished flow not only rides the beat well, but the blend of complimenting sounds from both artists makes ‘S.O.S’ an absolute banger.

Having started rapping from the age of 18, B Money has quickly risen through the ranks of street rap with previous tracks collectively amassing over a million views.

With a slew of successful singles and his mixtape ‘Best Of Both’ coming later this year, B Money continues to cement himself as one of the UK’s exciting drill rappers on the rise.