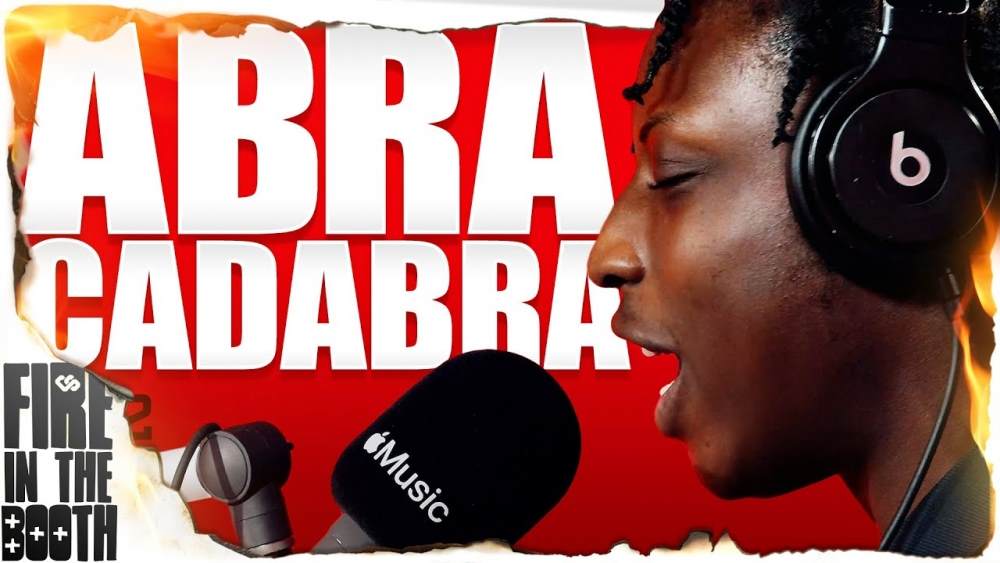 Abra Cadabra joins Charlie Sloth in the booth for his second instalment on Fire In The Booth.

Abra Cadabra has had a sensational year, dropping banger after banger it really feels like he can not miss this year. Having recently had his smash hit 'On Deck' nominated for Best Track at the MOBO's, his most recent release 'Show Me' doing bits as well, and the release of his highly anticipated album on the way titled 'Product Of My Environment' it really feels like he has come into 2020 and made it his own.

The OFB rapper raps over a legendary Drake beat for this Fire In The Booth and shows his versatility as he switches things up a bit, using the platform to tell his story rather than try to come and bring the high energy he brings on a lot of his tracks. Paying tribute to where he is from and what he has been through, as well as recognising how far he has come, he shows a very mature side to himself which is refreshing to see.

With his project coming soon it will be interesting to see if he shows this side of himself on there as well as his usual high energy tunes that he has been releasing what it seems like is non-stop this year. One thing is for sure, the work rate he has displayed has been nothing short of exceptional.

The UK set to face a 'gonorrhoea out...

Gully and KS bring serious energy with 'I did' visuals

Genesis Elijah brings the fire to his front room on 'Edge'