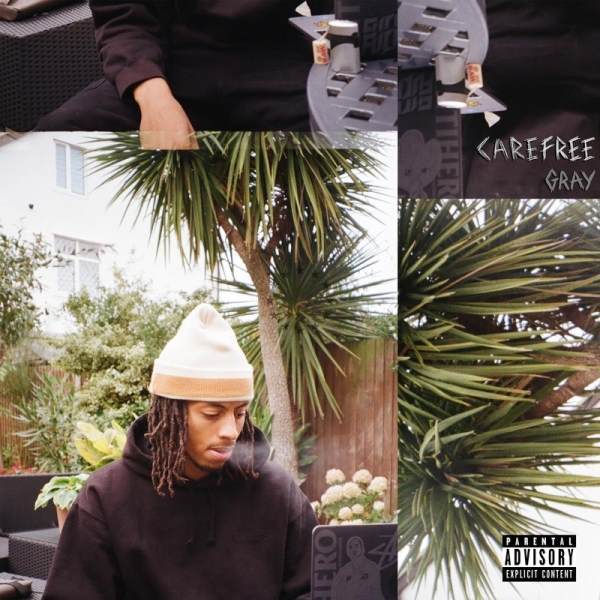 Following his debut EP release 'Persevere' in 2019, Gray unleashes his highly anticipated second project 'Carefree'. By already being part of an established group named 'Badside', alongside growingly popular artists EllzBS and Proton, this has helped Gray gain a wider experience in the music industry.

Additionally, Gray has also independently broken through the UK scene with his melodic r&b sound, confidently demonstrating his evident talent and capabilities within the music. His potential has been displayed throughout his career so far with multiple quality standard releases and he is only expected to grow even more as time progresses.

'Carefree' consists of 6 solid tracks including features like Rocket and Proton, who have repeatedly worked with Gray in the past. Their chemistry within the music is clear, creating an exhilarating and compelling experience for many audiences. From 'Rubber Bands' to 'Drugs', Gray delivers a well constructed, pleasantly gripping body of work. Not having released a project since last year, expectations were undoubtedly exceeded through a consistently enjoyable EP.

As Gray continues to level up and gain exposure in the UK music scene, he will eventually gain the recognition reflective of his work-rate and input to music. With the release of further tracks and projects in the future, Gray is bound to excel many more achievements.

Out Now on All Platforms. http://hyperurl.co/s1xn3t