The Streets Will Always Remember...Torres 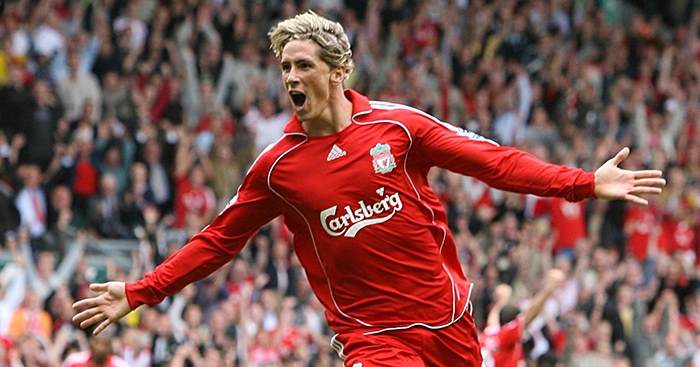 Whatever your opinion of Fernando Torres, you can’t deny that he is one of the best forwards to ever grace football. Is he the best striker to ever play in the Premier League? The streets will certainly argue their case for El Niño.

Torres’ talent was something to behold as he stormed his way through the ranks of world football. The Spaniard rose to prominence with his boyhood club Atlético Madrid where he was relied on from an early age and more often than not he provided. Especially during his first spell at the club when he scored 83 times and helped his side gain promotion back to La Liga in 2002.

The streets will always remember Fernando Torres, and so will every football fan. Seriously, ask Nemanja Vidić about Torres, and he will start crying like a big baby.

Before Torres stepped foot onto English soil, he was the beloved saviour of Atlético Madrid. At times, the relationship with the Aleti seemed unbreakable, and many believed Torres would stay with his boyhood club no matter what.

But in 2007 Liverpool came calling, and El Niño traded his Spanish sanctuary for Merseyside madness, and guess what? He loved every single minute of it. The man-made a legacy for himself at Anfield and won over the hearts of Liverpool fans all over the globe.

81 goals in 142 appearances made him one of the most prolific strikers on the planet. Then he became involved in one of the craziest transfer deadline days ever and moved to Chelsea Football Club (insert shocked face emojis).

This was a transfer deal the streets could never forget. We are talking Fernando Torres moving to Chelsea for £50 million sheets - the move of the century by Chelsea Owner Roman Abramovich. It was a move that paved the way for Luis Suarez and Andy Carroll to create their ‘formidable’ striker partnership at Liverpool.

It would be very hard for the streets to forget Torres’ time at Chelsea because, in all honesty, he just wasn't the same player during his time at Stamford Bridge. The Spaniard lost his Spanish sauce and he never truly regained it in England.

Well unless it was a Champions League game where he seemed to play out of his skin. A famous goal against Barcelona at the Nou Camp sent Chelsea to the final where they lifted the 2012 Champions League trophy.

Torres’ Premier League form may have been bad for Chelsea, but he didn’t let that stop him from regaining his legacy. In 2015, Torres came back to Atlético for a second spell and continued the love affair with his boyhood club. Showing us once again why it is impossible for the streets or anyone to ever forget this Spanish starlet.

What’s the one reason the streets will always remember Fernando Torres?

They won’t remember him for one single reason…

They’ll remember him for many with his illustrious career spanning over 18 years and giving football fans endless memories of joy, hope, and at times, frustration. Most importantly, it was a career so special and so uniquely crafted that it makes you realise that you’ll never come across a player like El Niño again.

The streets will always remember...Fernando Torres.