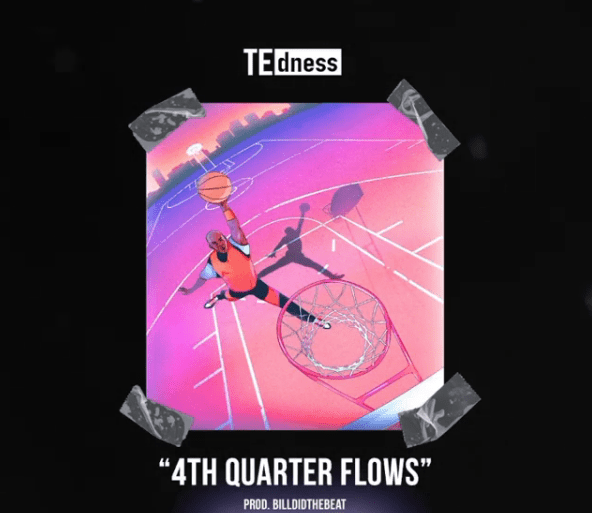 TE dness is a hip hop, trap and rap enthusiast known for album drops Trap Nominated, April Showers (the series) and more. Hailing from West London, TE dness is an artist that's revealed varied musical tastes in his time as an artist but has described his core sound as a form of introspective trap music.

The end of November saw the release of new single 4th Quarter Flows, produced by BillDidTheBeat. He chats about needing a break, council estates and feeling heavy on the heart. It's a short and to-the-point slice of TE dness stating the importance of knowing what you believe. As TE dness has talked before about finding a place for vulnerability in his music, this single is another chance for him to secure his position as an artist that's bravely stepping out of his comfort zone.

Check out the new single, below.