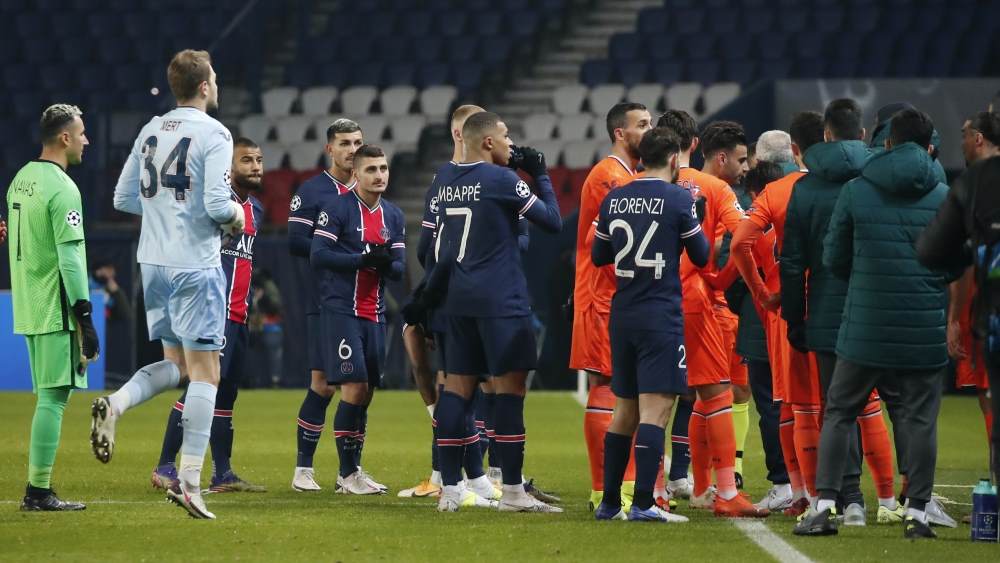 Following the incident that happened yesterday with players of Paris Saint-Germain and Istanbul Baskasehir walking off the pitch during the first half of their Champions League Game due to a match official reportedly directing a racist remark towards a member of the Turkish Club's coaching staff, the fourth official is allegedly likely to be fired if confirmed guilty of racism.

UEFA has launched an investigation into the Group H encounter which was abandoned after 13 minutes when both sets of players walked off the pitch in the wake of a red card being shown to Basaksehir’s assistant manager Pierre Webo. Subsequent video footage showed the Cameroonian accusing the fourth official, Romanian Sebastian Coltescu, of using racist language, with Basaksehir striker Demba Ba also remonstrating with the official.

PSG and Istanbul Basaksehir was suspended after a match official was accused of racism. It will now be played on Wednesday.

Kick It Out chair Sanjay Bhandari said he hopes UEFA will impose “appropriate sanctions” if the official is found guilty – and that any proof of guilt could effectively constitute a life ban. Kick It Out is English football's equality and inclusion organisation.

He told Sky Sports News: “I’m not sure whether it would be possible – even if they didn’t get a life ban – I’m not sure how easy it would be for that person to officiate again, and whether the players would accept that.

“We have to let the process take its course and hopefully they (UEFA) will do a thorough investigation and there will be appropriate sanctions.”