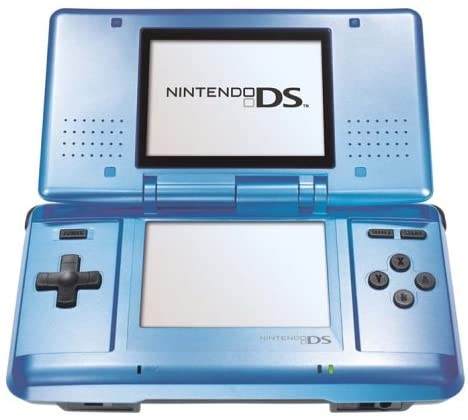 The Nintendo DS - a handheld dual-screen console that defined a whole generation.

Whether you owned one or not, you simply cannot deny the defining importance of the little LCD wonder that was the Nintendo DS.

Just take a moment to remember all the fun times had with the DS. From Nintendogs to Mario Kart, this little piece of technology brought us hours upon hours of fun, and once more, it’s still being used today. Albeit by a small number of people, but rest assured, this is an old-school device that is still relevant.

Over the years, Nintendo has improved the DS by giving us updated versions such as the Nintendo 3DS or the Nintendo Switch, but let’s be honest, nothing could ever recreate the moment when you first got sight of the original thing.

The device was released globally around 15 years ago, and in that time, it’s estimated that over 150 million units have been sold worldwide, thus making it the best selling handheld console to date. This makes us ask the all-important question - how many Nintendogs have died in that time?

To many, the DS was much more than a games console - it was a way of life. To own a DS was a statement. It showed the cool kids that you didn’t need to own a PS2 or an Xbox. The Nintendo DS was a gaming device for the people that didn’t fit in. At least, that's what I tell myself at night.

Nintendo made a legacy with the DS as the hardware it offered with like nothing seen before. At the time of its release, it was the first touchscreen console to reach the worldwide market, a device that boasted classic games that people were going crazy to get their hands on.

Games like Pokemon, Animal Crossing, and Zelda were the type of gaming experiences you couldn’t get with Sony and Microsoft. This uniqueness was what separated the Nintendo DS from the rest, and it’s probably something we won’t see again for a very long time.

Why will the streets always remember the Nintendo DS?

It can be summed up quite simply. It all comes down to the individuality of the console, which appealed to a different audience. One that wanted to get away from a plugged-in TV so they could have gaming memories wherever they wanted.

Between the technology and the portability, the Nintendo DS is easily in the top three gaming devices created in the 21st century. The touchscreen stylus made it feel like such a personal experience and gave the user total control of what they were doing.