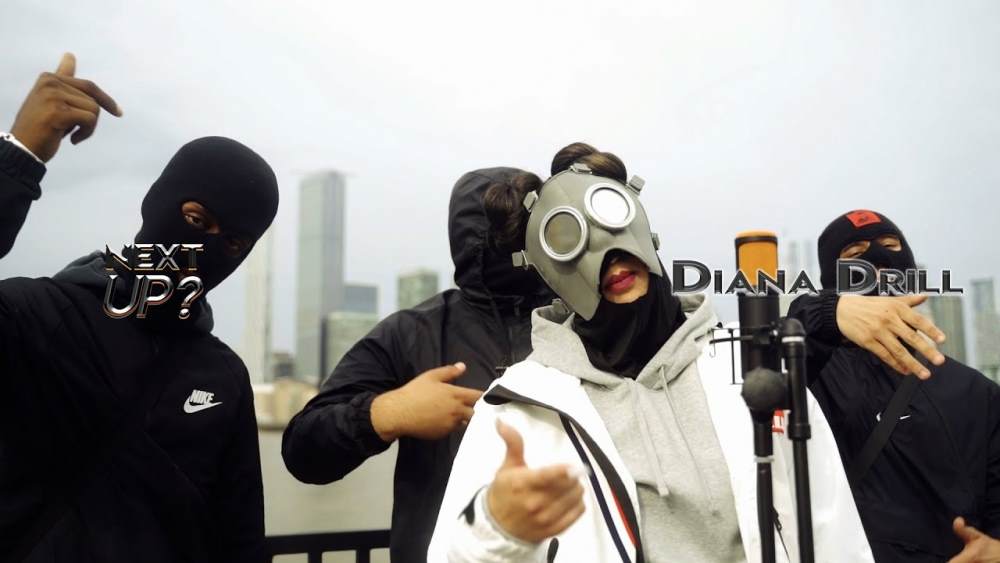 Following the recent release of her self-titled debut single, Diana Drill has returned with a cold 2-in-1 exclusive freestyle for the Mixtape Madness ‘Next Up’ series.

The Nottingham-born artist showcases her effortless lyrical ability through her natural authentic sound that puts her in a lane of her own. Her ability to intertwine soft vocals with powerful rap that rides the gentle beats well, highlights her unique talent and versatility.

Diana Drill dropped her first debut single less than a month ago, and it has already gained over 85k views on GRM Daily’s YouTube channel. Doing it for the females, she has quickly risen up the ranks with features on BBC Radio 1, 1Xtra, and CapitalXtra.

Being all about the music, ‘Next Up’ and ‘Diana Drill’ speak for themselves as they continue to demonstrate what she is capable of, and undoubtedly only a glimpse of how much more she has to offer. Added to the BBC 1Xtra playlist, Diana Drill is clearly here to make her mark in the UK music scene, and we look forward to hearing more.

Check out ‘Next Up’ here and let us know your thoughts on socials!