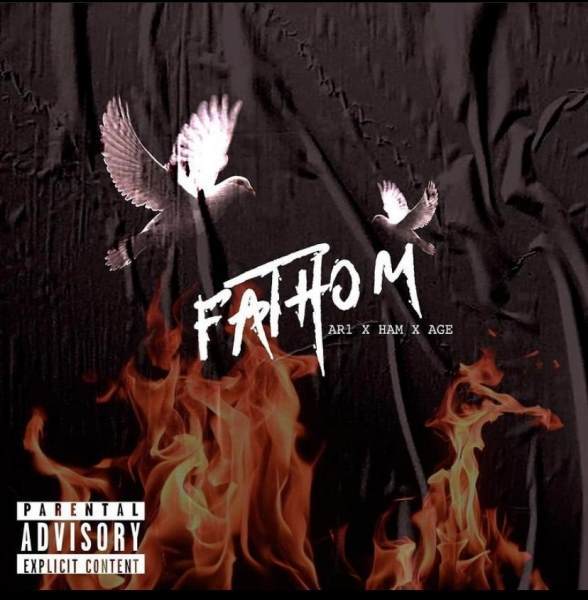 The three up-and-coming south London artists have linked up to give us their banger entitled ‘Fathom’, and it slaps.

It’s a chilled, melodic track with Ar1 on the hook. This one’s a track about how all three have had terrible things happen to them in their pasts, that they can barely ‘fathom’. But now things have changed, they’re all a bit older and are starting to turn those losses into wins.

They’re all individual artists who’ve joined forces to create a great piece of art, and I for one will definitely be keeping an eye out for what else they’ve got cooking. This track’s a shining example of how you don’t need fancy equipment to make good music. The song was recorded and put together in AGE’s room. AGE also mixed and mastered the masterpiece as well. Looks like he's the guy to be around!

HAM said: “We literally made that this time last year in AGE’s room, we were all feelin’ the beat from the second we heard it so Ar1 just jumped on the mic and then it just flowed from there quickly.”

It must’ve been one of those moments as an artist, when you ‘just know’ the energy and music’s right. Priceless.

At the rate these three are going, it's only a matter of time until they drum DBE out of business.

Check out the track here.