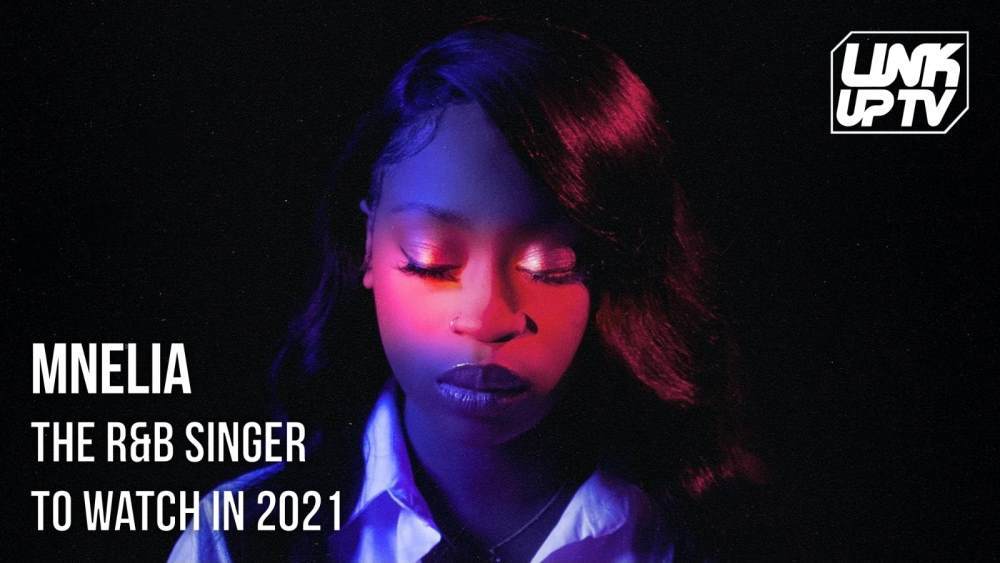 North-West London artist Mnelia is one to watch next year, as we expect to see her continue her journey of resurrection for UK R&B. After bursting into our consciousness earlier this year with the release of 'Say Yeah', and following it up with her Sophomore EP, 'After Dark', it's safe to say that Mnelia has made a very impressive mark on the scene.

Born Monique Amelia, the singer-songwriter achieves approximately 150,000 monthly Spotify listens, with roughly 6,000 followers. She has around 16,000 followers across social media platforms — Instagram and Twitter — so it's fair to say her presence is still relatively underground. But not for much longer. Although she keeps it low key on the media front, with no interviews and little publicity aside from the records released, since 2018, her name is mentioned by many in conversations of promising UK R&B upcomers.

Most known for 'Say Yeah', Mnelia showcases an ability to cultivate a nostalgic sound which plays closer to something that would’ve come out in the late 90’s, early 2000’s in the US. The record, that now sits at 4.3-million streams, is remarkably catchy. Just check the comment section to the video she released alongside it. That will give you everything you need to know about how the UK has lacked its type of presence over the last 15-20 years. The track features sugar-coated vocals over hypnotic harp-synths and a hook that brims with replay value.

As the UK's urban scene has cultivated a new sound over the past five years, we've seen a definite rise in opportunity to blend old-skool with the new. Mnelia might have done this perfectly, combining contemporary drill-infused production with vocals which are far from that. She manages to project a sound which is US-influenced but has UK culture engraved all over it. She transitions to rap occasionally, in some of her earlier records, and the flow is tight, dipping into a smooth blend of urban jazz.

Mnelia has delivered two mainstream projects to date, 2018’s ‘2:4’ and ‘After Dark earlier this month.

2:4 “forms around the concept of love and its different faces", according to Mnelia. It offers minimal features from CXCV’s Nizzy Ninj and Mayace; with tracks such as 'Luv’, ‘Mind Games’ and ‘Speeding’ amongst the EP’s highlights.

Mnelia displays confidence whilst addressing themes such as love, lust, loyalty and power dynamics. The singer takes listeners on a sonic journey through her perception of relationships towards peers and love interests. She shows honesty in reflection and reward as she expresses the way her character might have changed due to others, and the strength she found in acknowledging her own core identity.

Not shying away from the harsher realities of existing in the capital, the promising artist also makes sure her fans know that she is street-wise enough to roll with all of its challenges. 'Luv' is a personal standout, depicting the talking-stage of a relationship, and the excitement that comes with the process of weighing up what the future dynamic could be with that person.

Mnelia shows a more complex side in Sophomore EP 'After 6' — a short-and-sweet project that places listeners into her psych, affectively. She displays a personality layered between her identities as a care-free woman and a loving mother, which is discussed in my in-depth review of 'After 6' here.

Perhaps the defining quality that Mnelia has shown is her ability to choose instrumentals that speak for her environment so vividly. Credit is due, also, to multi-genre production and sound engineer StevieBbeatz, who has contributed to elevating her music sonically.

Mnelia is embedded in a new wave of UK R&B that we are yet to hear properly attract mainstream success. Along with the likes of Meron Addis and Ling Hussle, Mnelia’s challenge is to continue re-mastering the culture and sound that the UK produces. Maintaining consistency in 2021 will continue to see her achieve the potential she’s shown so far, and we look forward to seeing what unfolds.

Her debut album should be a big moment in this space, but don't wait until then to jump on the wave because Mnelia is definitely not one to sleep on.