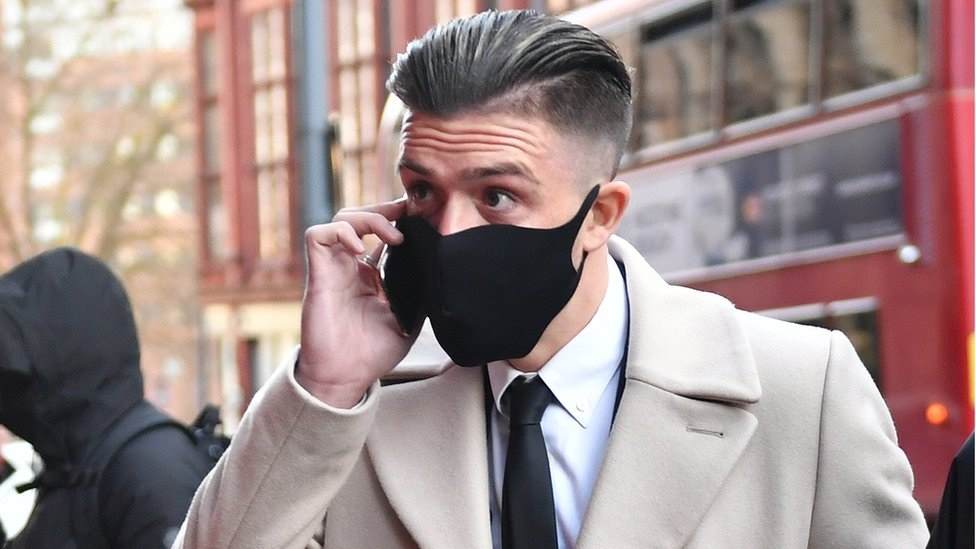 Jack Grealish has been banned from driving and fined more than £80,000 for two motoring offences. The Aston Villa captain, 25, admitted to two counts of careless driving at Birmingham Magistrates’ Court, last month.

Now the Englishmen will receive a driving ban for nine months, on top of the fine.

The offences relate to two incidents earlier this year.

First, he was caught on CCTV back in March, veering into a wall after clipping two parked cars. This was also going against Government guidelines, having decided to leave his home to meet with a friend, days after coronavirus regulations came into force.

At the time, Grealish shared a video statement on Twitter. He said: “I’m deeply embarrassed about what happened this weekend, I know it’s a tough time for everyone at the moment, being locked indoors for so long and I obviously just got a call off a friend asking to go round to his – and I stupidly agreed to do so.”

Then, 7-months later, he was observed driving recklessly, tailgating other vehicles on the M24. On the same day, he was clocked by an unmarked police vehicle hitting speeds up to 98 mph.

Grealish’s lawyer told the press that he is “deeply ashamed” of his actions, coming off the back of a turbulent year for the attacking midfielder.

His performances for the Midlands-based giants Villa, have earned him wide-spread media recognition, and multiple starts in the England first team. He earned a new contract at the start of the season and has stood out with his contribution this term, with 5 Premier League goals and assists already.

His critics, however, will point this out as another dent in the reputation of the 25-year-old having already been the centre of controversy on a few of occasions earlier in his career.

The England-star will hope that he can now draw a line under this, and focus on his growing influence on England, Villa and the footballing community.