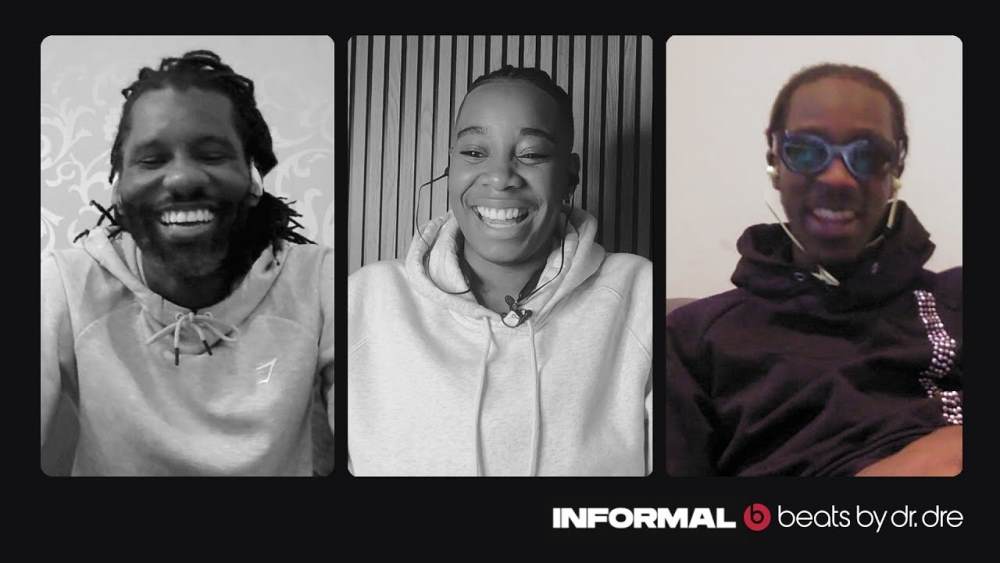 Beats By Dr. Dre have released a new show entitled, 'Informal'. Hosted by Dotty, Wretch 32 and Unknown T join the new platform to talk about police brutality. Beats by Dr. Dre’s 'INFORMAL' is a new platform that brings together leading artists and influential names in culture to discuss key topics important to Black British communities.

Hosted by Apple Music’s Dotty, the program aims to represent the authentic voices of the UK and beyond in Black British culture. The thoughtful and sometimes challenging conversations not only reflect wider discussions and issues taking place in the UK today but are also personal to the individuals and their experiences. Featured guests in the first episode include artists Wretch 32 and Unknown T.

Dotty, Wretch 32 and Unknown T cover topics including the strained relationship between the police and the Black community, the disconnect between artists and the police, how to turn trial into triumph and the artist’s responsibility for their lyrics and content. Wretch 32 is candid about when his father was tasered by the police and the cycle that exists which George Floyd and his Dad were part of and the apologies that need to be made. Unknown T talks about the abuse of police authority, his personal experiences with the police and going to prison, how music is art drawn from emotion and his hopes for the future.

Watch the full episode below: