HomeExclusivesARTAN Speaks To Us About His Project 'Scattered Thoughts', Musical Inspirations And More

ARTAN Speaks To Us About His Project 'Scattered Thoughts', Musical Inspirations And More 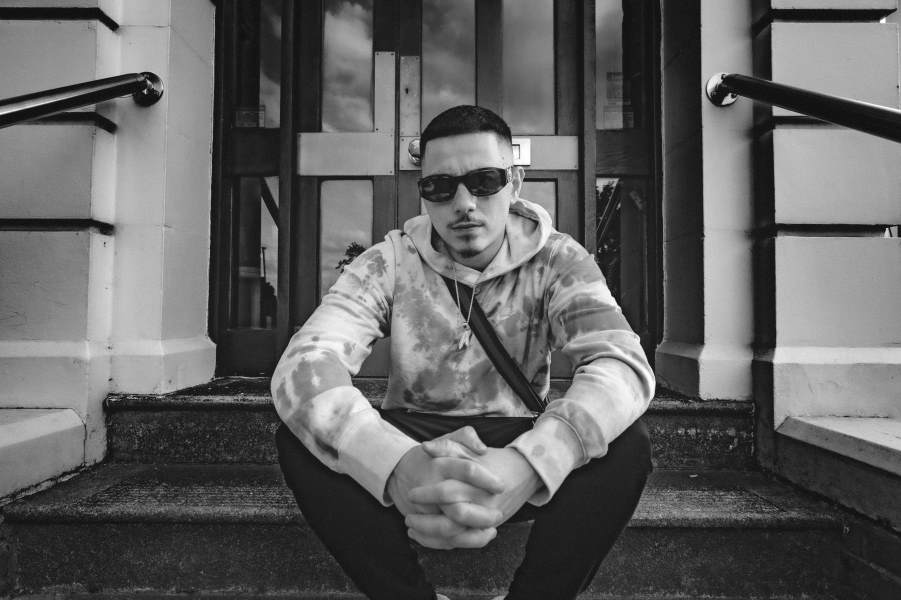 We caught up with North London rapper ARTAN following the release of his project 'Scattered Thoughts' to discuss how he started music, some of his inspirations growing up, his goals for the future and touched on the project to find out more about some of the messages within his music as well as learning more about ARTAN himself and his musical inspirations and so on. Give the interview a read below.

ARTAN is an artist who can really paint a very vivid picture with his words, especially when it comes to how he is feeling, and this project displays that as he paints a picture that - this year especially - is all too familiar for a lot of us. "'Scattered Thoughts' is my anxiety through lockdown put into songs. I wanted to share every side of my mental state, the happy side, the sad side, all in one and share every single element of my mind. Almost like a diary. Then I can reflect back on it in the near future and know how I’ve grown and developed." I started this project at the beginning of lockdown or just before in about February. I found it hard to write. It took me quite a while, about 6 months in total. I had a few gaps because I was struggling to write the music.

Music hasn't always been the dream for ARTAN though. Originally he had a very different plan for his life and was looking very likely to succeed in what his previous path was. He has had a bit of a journey in terms of figuring out what it was he eventually wanted to pursue as a career. "Originally I played table tennis for England and had to decide if I wanted to move countries at 16 and pursue it. I didn’t enjoy the process of training enough and I had already been doing it for 7 years. I was always into beatboxing and that was the thing that helped me fit in when I moved to a new school, I moved around like 7 times growing up. That was a focus for a bit and then I stopped beatboxing because I wanted to be the guy at the front rapping over the beat. Until I was about 20 I didn’t really think about being a rapper but I did always want to do something in music."

ARTAN is not one to hide how he is feeling on a track, and he explains the music he grew up on and how that has influenced what he raps about. "I grew up on UK “pain” rap-like Benny Banks and then I also listened to artists like J Cole who rap about real-life problems. It was a given that I would then do the same and it was the only way I knew how to share my story on a beat. I didn’t want to take the route of glamorising being rich because I’m not, or glamorising being successful because I’m not. I just wanted to share my reality and I’ve always stuck by that. It was therapeutic being myself on a song. I enjoy being myself on a song. When I listen back it really helps me."

ARTAN uses his lyrics to tell his story and portray his emotions. He does a very good job of detailing his personal experiences and making them relatable to others. ARTAN wishes to use his music to motivate people just like music helped to motivate himself. "I had a lot of setbacks, in terms of sport or starting out beatboxing. It’s kind of driven me to really not accept failure and to appreciate that it’s part of the process of finding what I really want to do. I understand the ups and downs of trying to do something that you love full time and to make it a career. And I think a lot of other people can relate to that. failing so much has made me appreciate the small wins I do get and has motivated me that, if I can show myself that I can do it, then it might show other people that they can. When I look back it makes me understand all the things I can achieve despite what I’ve been through. The music itself motivates me, it’s something I can reflect on and then see how far I’ve come.

It is clear to see that ARTAN has taken notes from the artists who inspired him, as his content and style integrates a combination of attributes associated with a lot of artists he looks up to. "Inspiration-wise, from the US definitely Russ & J Cole, plus Plan B from the UK, these are people who are super versatile and are very talented musically. I don't want to be an artist that is boxed into one thing. I want to express myself in as many ways as I can. Luckily I can be melodic and lyrical so if I can combine the two and find the perfect balance then I can make the best music like the artists I look up to."

Whilst there are no features on 'Scattered Thoughts', ARTAN has big goals in terms of future collaborations and his dream collaboration sounds like it would make for a very interesting track. "In terms of my dream collaboration, It’s got to be Russ. I’ve mentioned him a lot already and he is a massive inspiration to me. Not just musically but also because he’s been independent and has done it all himself. Knowing that as an entrepreneur, he’s invested in himself. It shows you can do things by yourself."

This year has been a good year for ARTAN and he only wants to reap the rewards of this great year going forward and use it to elevate him even further next year and beyond. "In 2021, I want to really establish myself as one of the top artists in the UK scene. I want to get to a point where I can start to put on other people. I understand the struggle as an artist to get heard in a scene. I want to be at a point where my platform can be used to bring in other people who are talented but don’t necessarily have the platform yet and to help them grow organically.

ARTAN has confirmed that there will be new music next year so for those of you that liked this project, watch this space. "I'll be dropping new music hopefully in Jan 2021 but until I know what is going on with Coronavirus then we will have to wait and see."

ARTAN's project 'Scattered Thoughts' is out now to buy and stream on all streaming services so make sure you go and check this one out, you will not be disappointed.

ENNY stands in her power in new ‘A...

Pubs and restaurants could stay shut...

The Streets Will Always Remember...Woolworths

The Streets Will Always Remember...50-50

Bridging the Gap: An interview with International Ferg

EXCLUSIVE: Greentea Peng keeps one foot off the ground

The Streets Will Always Remember...Barbara Windsor