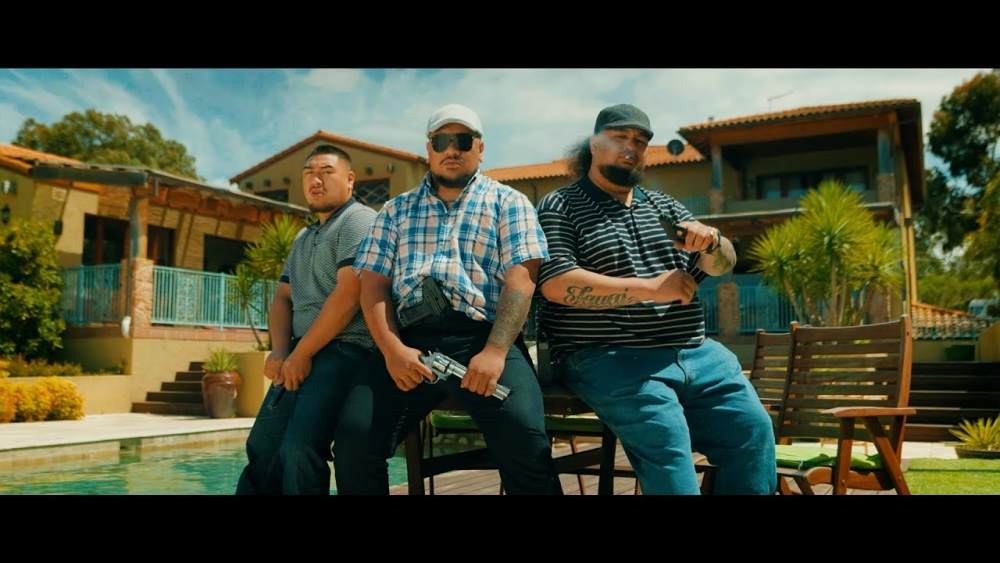 Having established themselves firmly within the international Drill scene with tracks like ‘Engineers’, ‘BluePrint’ and ‘Bad N Bouj’, the Melbourne-based trio rap about fake flexing and gossip in their new visuals for ‘Rumours’.

In the video, we see group members Yj, Mways and Onit rapping in a mix of scenes that are clearly inspired by crime-dramas like Narcos and Breaking Bad; the group counts up money before being arrested and finally breaking out of jail in a dramatic finale, with money falling from the ceiling.

Having cited UK artists such as Stormzy, Headie One and Skepta as inspirations for their music, it’s no wonder the trio has followed up with the release of ‘Rumours’, the track itself being a fusion of Drill and Latin-inspired guitar.

The international Drill group have certainly been busy this year, from working with UK artists like Sai So and M24 on the ‘Demon Time Remix’, to releasing their own album ‘6 to the World’, with energetic tracks like ‘Enemies’ and ‘Get 2 The Bag’. Hp Boyz are making sure to end 2020 on a high.

Look out for Hp Boyz as they continue to put the international drill on the map in 2021. Watch the new video for ‘Rumours’ below!