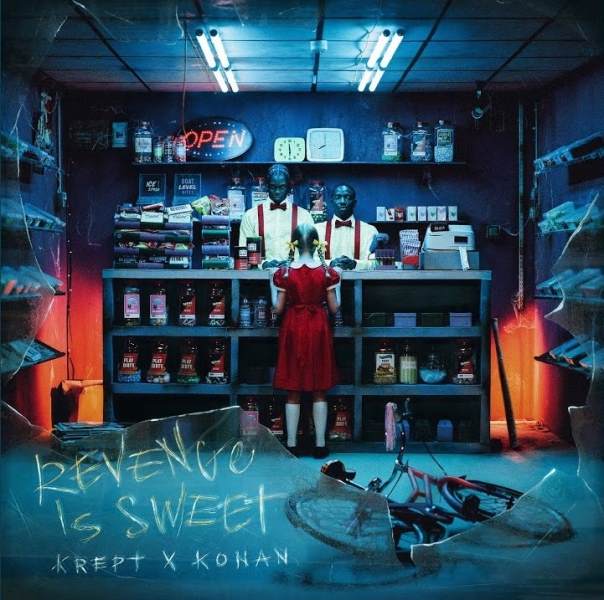 The highly anticipated sophomore album from Krept and Konan, Revenge is Sweet, was released at midnight.

With 11 tracks and features from Headie One, K-Trap, Stormzy, Wizkid, Spice, Tory Lanez, Mostack, D-Block Europe and Ling Hussle, the album is sure too be talked about for a long time. The album also has a feature from the late great Cadet on the song Keep Talking. It is always haunting to hear deceased artists on a song, but Cadet shines on the song, even referencing Bebo, an old school social media site for those who are too young to have been on that.

The album features Krept and Konan's trademark punchlines and stunting tunes. But they have also made a name for themselves for getting introspective, and on songs like Revenge is Sweet, they reflect on their place in the game, even giving a shout out to their classic Behind Barz. 2nd track Salaam sees them dive into their history, reminiscing on their come up and those they've lost.

The last track on the album, Broski, is a track dedicated to Nash Chagonda who committed suicide, days before he was meant to become the manager at Krept and Kones. Both Krept and Konan look back on the good times they had with Nash, both mentioning how they were unaware of the things he was going through as Nash kept them to himself. The sensitivity the pair show on this song is important, talking about the need to talk about problems we might have. For males in particular, this has always been off limits, but there has been a concerted effort to get men to open up.

In an interview with the Evening Standard, the pair revealed that they had played the song for Cadet and gave them feedback on the song. But after the loss of Cadet, the song also became a tribute to him.

The album also features a powerful message from Ramz, speaking on his mental health issues and encouraging anyone who goes through it to reach out to someone.

Check out the album below and let us know what you think.