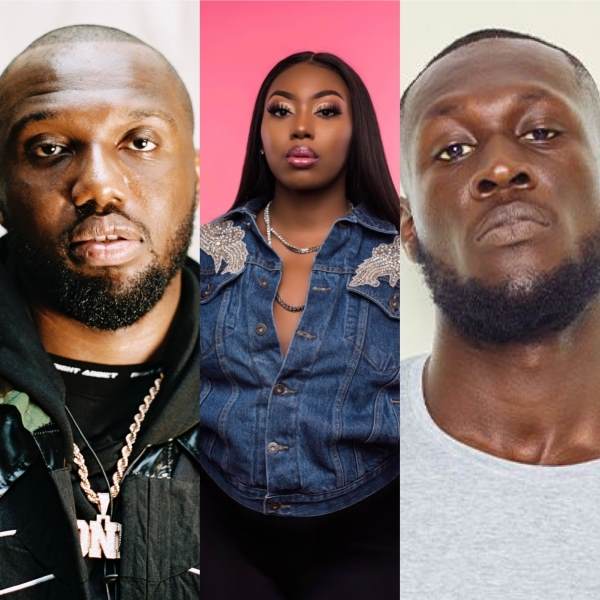 Happy Holidays! Even though it's been a crazy year, we've still been blessed with some dope music videos from our very favourite UK artists. The Link Up TV family have picked their favourite music videos of the year! Find out below:

Meekz is super creative in this music video! He showcases the different types of males in London on ONE table and you notice this by seeing the different dress sense and mentality from each character shown in the music video (all him btw). The track itself was one of the standout tracks from Meekz’s 'Can’t Stop Won’t Stop' project which released back in June.

If you haven't heard this song... then you've been living under a rock! Digga D's music video to 'Woi' has accumulated over 15million views on Youtube and more via streams. In the track, Digga D goes straight in and out of different playful moods and we're here for it! Without a doubt, if the clubs were open this year, this song would have been on repeat.

This collaboration was always going to do well due to how much of a powerhouse both players are! Burna Boy's track 'Real Life' featuring Stormzy reached number one in the U.K charts and reached over 10million views on Youtube.

Knucks went in on his video 'Standout', featuring Loyle Carner and Venna. The rapper went deep with his lyrics and we're here for it! Peppered with stylish photography, Knucks heads back to his North London manor in style with the new visuals.

Nines' video 'Clout', was the first single released from his album 'Crabs In A Bucket', and the visual was very creative as you see Nines recreate a bunch of classic rap album covers. The music video accumulated over 3 million views on Youtube.

Ms Banks has gone to strength to strength this year, with her amazing performance at the MOBO Awards and her video 'Noviko', accumulating over 1 million views on Youtube, she's on fire! The rapper raps about the infamous London club Novikov and you see a whole load off the raw, boss and edgy vibes in the visuals.

M Huncho's music video, 'Huncho For Mayor', which accumulated over 3 million views on youtube, sees M Huncho as the Transport for London employee and the mayor of London. We follow him on the campaign trail as we follow his rise from working-class to the mayor of the city via news stories and ballot papers.

Rap kings Headie One, AJ Tracey and Stormzy linked up on ‘Ain’t It Different’, which did so well (obviously)! The track was the first official release from Headie’s successful album, ‘EDNA’. The music video also accumulated over an impressive 19 million views.

Midas The Jagaban - Party with a Jagaban

South London based artist, Midas The Jagaban is an artist to watch out for this year! The track is an absolute banger from start to finish as Midas’ vibrant vocals and energy sweeps across the energetic soundscape with a zip. The music video, which accumulated over 4 million views on Youtube.

This track did really well on TikTok! Its official video was shot on a street in North London and featured Keeya Keys and his homies performing along the streets. The song begins with a hip hop entrance and captures Keys flexing his rap skills. The music video unsurprisingly accumulated over 1 million views on Youtube.

Jorja Smith - By Any News

Influenced by timeless artists like Nina Simone and Billie Holiday, Jorja Smith set out to reflect the times in summer release By Any Means. Championing the Black Lives Matter Movement the video celebrated the black community on a soulful, introspective yet uplifting track. Currently, it sits on 7.5 million views.

Fresh home and showing no sign of slowing down Unknown T linked up with longtime collaborators KO and V9 on AVEN9ER. His musical journey has been an amazing one to witness in the aftermath of huge success Homerton B. This track further showcases his versatility as he glides over a quick beat. The visuals are equally as creative showing him and his collaborators on fighter jets flying over the ends. The video has accumulated just over 2 millions views.

Coventry newcomer captured our attention with Backroad Gee collaboration My Family. The track has influences of both drill and afro swing and was instantly a hit. Nominated as best newcomer at the MOBOs Pa Salieu is definitely one to watch in 2021 and the video has an amazing 2.2 million views.

Miraa May teams up with WSTRN's Louis Rei on infectious Lemme Talk. The singer shows no signs of slowing down after having a baby. Her sweet vocals compliment Rei's slick raps over a chill beat. This is a catchy tune that definitely had us singing right back with them! It has amassed 80,000 views

Even though we were in lockdown for the majority of it NSG undeniably gave us the song of the summer with Lupita. The 4play produced track transported us on a tropical holiday with the video, which also featured a number of popular faces, including Nella Rose. Unsurprisingly it has nearly 3 million views.

Taken from 'Nrg 105' Knucks took us on a journey 'Home', telling us his story of growing up in London. His displays gritty raps over a smooth piano and sax instrumental. Fun fact: the song was also produced by him and has an amazing 4.8 million views.

South Londoner, DC gave us 'Tears, Sweat, Blood' back in July, showcasing his amazing storytelling skills. Reflecting on the grind but still keeping his raps laid back. He is undoubtedly one to watch in 2021. Tears, Sweat, Blood currently has just under half a million views.

Potter Payper has definitely has an amazing 2020 and made so many of ours better with his latest tape in the trilogy, Training Day 3. One of the singles spawned was Purpose, which samples Drake's The Ride. He truly made the song his own however and Anthony Joshua even walked out the ring to it. Purpose has an amazing 2 million view currently.

Enny and Amia Brave closed the year with Peng Black Girls and gave so many of us the representation we love to see. With catchy raps from Enny and smooth and raspy vocals from Amia Brave the two served up a healthy dose of black girl magic. The video included amazing displays of family and friendship also. Currently, it has 846,200 views.

Giggs gave us Buff Baddies, the latest release off of mixtape Now or Never. Rapping with his classic deep vocals the video took us to an underground motive. No spoilers if you haven't heard this track yet but the beat switch-up in the middle of the track is amazing. The video has just under a million views so far.

Drill artist M1LLIONZ has had an amazing 2020 and had us all screaming 'Lagga, Lagga, Lagga, Lagga' after the song premiered on No Signal Radio. The amazing visuals took us to Nairobi whilst he raps energetically about his lifestyle. The video has amassed an amazing 3.8 million views.

Morrison teamed up with Loski on Bad Guy. The song features gritty raps over a Harry James and B-kay produced beat. The video took inspiration from the legendary film Scarface and was co-directed by Morrisson himself. It has an amazing 4.6 million views.

WSTRN gave us two in one with the visuals for Never Find and Sai So collaboration Armagideon. As per usual Haile treated us to another melodious hook while Akelle, Louis Rei and Sai So gave us smooth raps. Unsurprisingly the collab has 1.8 million views currently.
Make sure to tweet us to let us know your favourite music video of the year. Happy New Year!
Share on facebook Tweet
Author: Wardah Sempa
@wardahsempa@wardahsempa