HomeExclusivesEXCLUSIVE: Greentea Peng keeps one foot off the ground

EXCLUSIVE: Greentea Peng keeps one foot off the ground 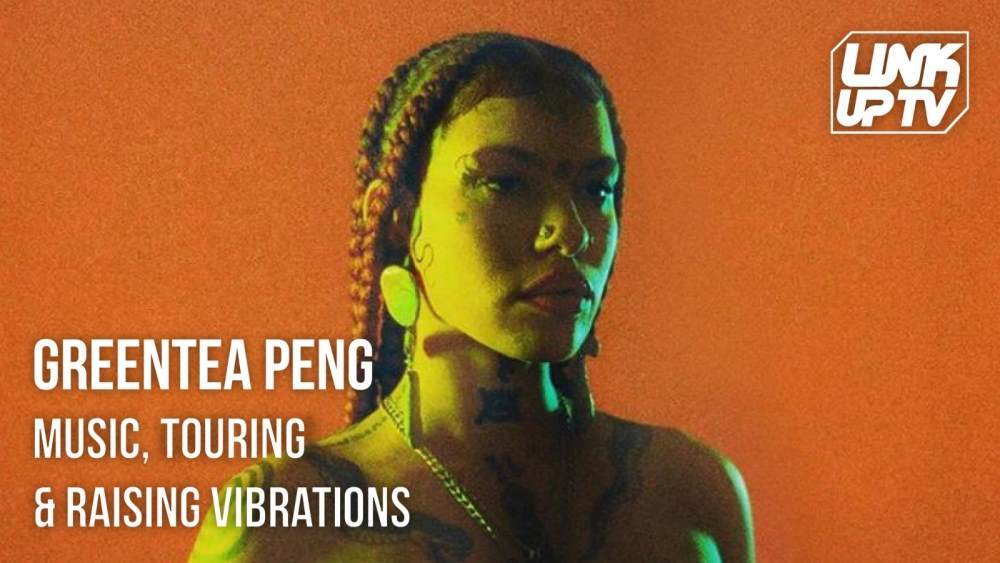 Searching for new sounds to feed my soul doesn't always result in success. Oftentimes, it ends with a return to Queens of my childhood — like Lauryn Hill and Erykah Badu, because I just couldn't find a new sound that touched my core in a similar way. That was until I found Greentea Peng.

Born Aria Wells, self-described “psychedelic soul” singer Greentea Peng is in a league of her own. The South London native began honing her vocals from a very young age, with her fathers encouragement. But surprisingly she didn’t expect that her path would lead her to where she is today.

“My dad definitely encouraged me as a kid, he was very musical, very into music and theatre, would take me to a lot of auditions and stuff like that. He was also a very realistic guy... was always very realistic with me from a kid. So it was never really a thing where I thought I was going to be like a singer", she explained. "I was singing from as young as I can remember to about, you know, 15 when I was like writing my own tunes and doing shows and s**t. And even then I didn't think I was going to be a singer. Professionally. It kind of just happened. This magic. And yeah, I'm grateful. But yeah, it was never the plan.”

Although it wasn't the plan, the singer began professionally recording music in her twenties. Resulting in the release of two EP's, Sensi and Rising, a popular COLORS performance for her single 'Downers' and a feature on The Streets' single 'I Wish You Loved You As Much As You Love Him'. 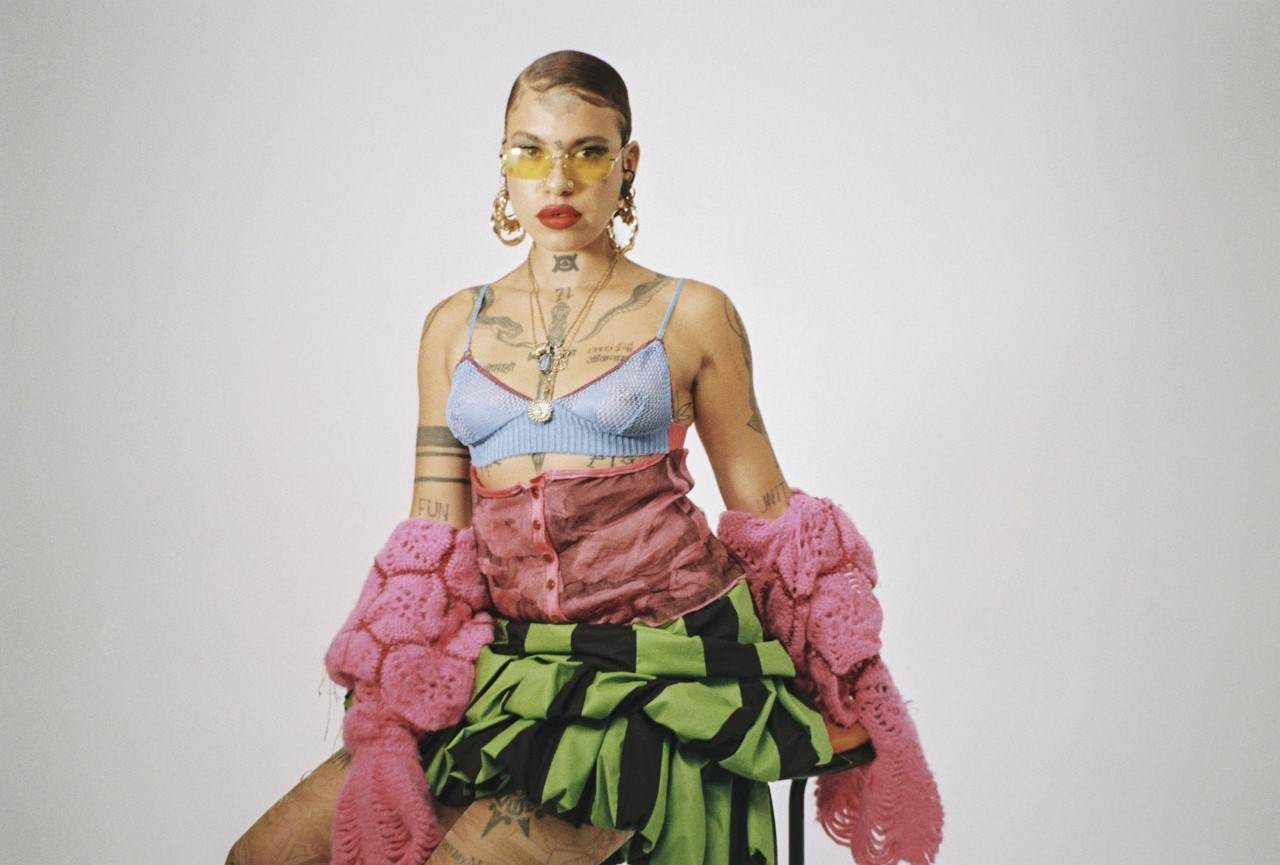 In October, Greentea Peng turned the painful transformations of 2020 into the reggae-infused 'Revolution'. Paired with spellbinding Melody Maker-directed visuals, the single hears languid vocals deliver an important call to choose love above all.

“I think for me, it's always important to kind of have love as the underlying message. And Venus coming through in the music is, more than anything, something I'm trying to drill into myself too. Kind of remind myself, bring it back to love. I think it's important when you're putting music out into the collective, especially in such a mad time. It’s such a sensitive time... I've always got to remind myself, because a lot of people listen and you never know how people interpret things. Love's important. So I guess in all my music, I'm always trying to bring it back to love. Love amongst us, the people.”

Prior to it's release, Greentea Peng delivered its meditative companion ‘Hu Man’. Which saw her explore herself and personal battles with identity. “Hu Man was about my own personal battles, everything, you know most of my music is like interpretations of stuff and translations of stuff I'm kind of going through”, she explained. “But Hu Man especially was very much for the collective because it’s very much kind of what I feel like, as a society, we're all going through, you know what I mean, it's very high times for individualism right now... It feels like kind of now more than ever, is a time that we need to maybe even be bringing it back to a collective type, way of life, way of thinking."

As she admits to having many identities, I find myself relating. "I think identity as a whole can almost just be a build up of stuff people have said to you over the years, both positive, negative. Especially now in a day where everyone's getting into horoscopes and astronomy and like, spirituality. There's lots of words, and phrases, and labels, and stuff like that. I feel like sometimes that kind of just takes away from actually what is, which is I guess love. And the fact that we are all kind of the same? Division is what I’m kind of touching on (in) Revolution, too. So those kinds of songs, Hu Man and Revolution kind of come hand in hand really.” And the harmony continues in Greentea Peng’s newest jazz-infused offering ‘Spells’, which “explores the idea of tribalism and the want / illusion or desire to please everyone, thus gain acceptance”.

Rounding off the year, the acclaimed singer was named as one of 10 prestigious artists included in the BBC Music Sound of 2021 long-list, following a stunning performance on the Later with Jools Holland show. She's maintained success, even when it hasn't been easy. From the heavy heart of grief to the weights of warfare, Greentea Peng experiences highs and lows like most of us — but she prides herself on her staying true to her emotions. Whilst emphasising the importance of expression:

"I don’t always find the energy to dance but it's essential. I guess dancing’s really actually important, isn't it really important? Singing, all types of expression and just movement in general. I know these things, but knowing them and living them are a different thing, and that's the challenge. It's living your truth."

Like a breath of fresh air, Greentea Peng is just what we need. From listening to her music and becoming a fan in such a short space of time, it would be a lie to say that I didn't have an expectation of what she would be like. And to say that she meets my expectations, would be an understatement. I see her as a fierce and unapologetic woman that stands up for her beliefs and liberates others whilst doing so.

"I guess I am quite outspoken. I think I can be outspoken because I know that my intentions are pure and with love most of the time. And I have been outspoken about those things when I'm passionate about things and when I truly believe it. I'm not outspoken in the sense that I'm forcing my s**t down people's throats because I believe everyone's entitled to their opinions, and their own beliefs. But that doesn't mean I'm not going to be vocal about mine. And yeah, I guess I've kind of always been like that for as long as I can remember, actually, my parents bought me up to be. Always asked me a lot of questions and encouraged me to ask a lot of questions — to question things — to have opinions", she said.

We can all take a leaf from her book. There's something special that happens when people speak about things they're passionate about. And by exercising our right to form opinions, we give ourselves a chance to have our own minds in a world where sometimes it's hard to.

But it's important to protect our peace, too. And even with Greentea Peng's awe-inspiring accomplishments this year, there's no denying that the overall fear of the world has shifted us as a society. "This whole scenario has just been a fat confirmation. It's just opened my eyes even more really... I think this is spiritual warfare. It's a big, heavy attack on the human spirit. And the fear mongering and all of that stuff, is doing a good job of dividing the people, which is when we're at our weakest. When we're divided... I just hope it doesn't divide us concretely. I hope we just realise how powerful we are soon you know."

If there are two things that I'm understanding about Greentea Peng, it's that she truly sees the power in the people, and that she carries the collective mindset that can be found in her lyrics. She echoes that “now is a time to like be communicating really openly with our peers and... gather with like minded people man.” And, I agree.

As I sit in awe at the woman whose words uplift my energy through conversation as they do in music, the urge to find out who's art uplifts the artist was more than enough to enquire. She told me to listen to Finley Quay's Maverick a Strike album, which she described as a "pinnacle album" for herself. And as I sit here listening to ‘Your Love Gets Sweeter’, it’s safe to say that it's as sick as she said it was. 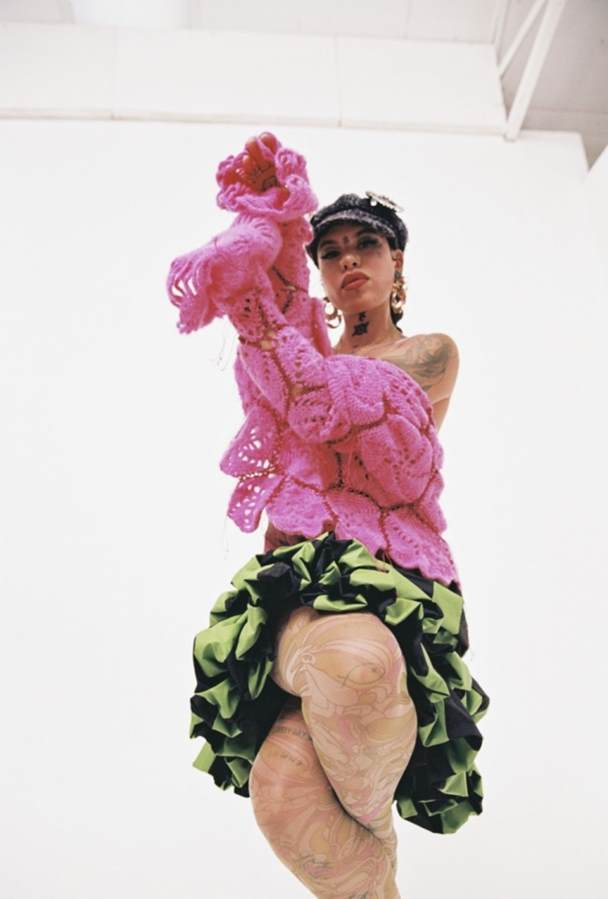 The possibilities are endless. Greentea Peng has shown us what she can do in many weathers, and in 2021 she gets to amp it up with live shows as she is set to go on tour next April.

"I had my first year booked of festivals, like big ones, you know? But the band bought a van, ready for a little rago tour, like bare excited. Loads of practising, making outfits and s**t. Yeah man it’s sad. It's f*****g heartbreaking... For me it's just like such a massive attack on the human spirit. Literally trying to prevent us raising our vibration, attacking music, attacking dance, even singing hymns in church... I'm looking forward to April a lot, I just hope it happens. Trying to be positive and just keep saying yeah, it's gonna happen. It's gonna happen."

It is gonna happen. I'll be there screaming "I am you, you are me" with the rest of the crowd. And hopefully singing the songs from her debut album, which she tells me has been made already, and is "very outspoken". Compared to her previous release, it's very experimental and sees herself and the Seng Seng family incorporate 432 frequencies in the music: "It has a lot more live instruments. It's a lot more psychedelic, which is kind of the music I've kind of wanted to make from the beginning. But I had to find my way though, you know, which is beautiful... I'm interested to see how it reacts with the people. I would say I'm excited." I'm excited too. And we don't have to wait long as it comes out in Spring, with releases starting in January.

Meeting the mind behind the music confirmed everything I could imagine. Greentea Peng carries an enchantment that is rare to come across and divine to find; but sees the power in everyone. She's outspoken with love, honest in her expression and explorative nature in the ways she raises her consciousness — and those of the collective. She leaves me encouraged.