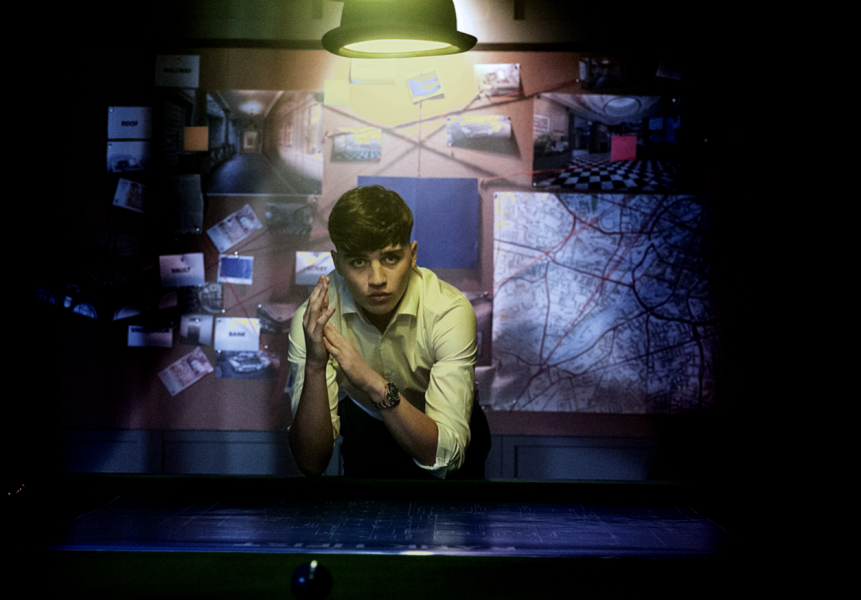 Manchester rapper Tays begins the year with a 'Bang'. Tays says he wants to start the year on a high: "Bang is a feel-good club vibe. When the second lockdown hit I felt like Manny had lost some of its energy and need a lift and that’s where the inspiration for the track came from.

“It hasn’t been an easy year for anyone, so I wanted to drop this track on the first day of the new year to get 2021 literally going with a Bang.”

The video, shot in Manchester, follows a bank-heist style plot in which Tays wins over the attention of three girls who help the gang break into a vault and escape with the £50s. Tays has been in the game less than a year but he’s already making waves and caught the attention of indie label Marylebone Records.

“Lockdown 2020 was an opportunity for me,” he said, having dropped six tracks – predominantly gaining traction on YouTube. “Those restrictions meant I had the time to focus on writing and laying down tracks.”

The rap world was far from alien to Tays, having grown up alongside rap superstar Aitch –“I’ve grown up seeing Aitch spitting bars, so I thought why can’t I give it a go?”

“Back at school I would spit bars in the playground with my mates and I realised that I was pretty good at it. I kept working on it and this year chose to leave the boxing college I was at (The Joe Gallagher Academy, Manchester) and work on music full time.

“I want this to become a platform that not only creates an incredible life for my family, but that also inspires others too.”