Looking back at Klashnekoff debut album 'The Sagas Of...' 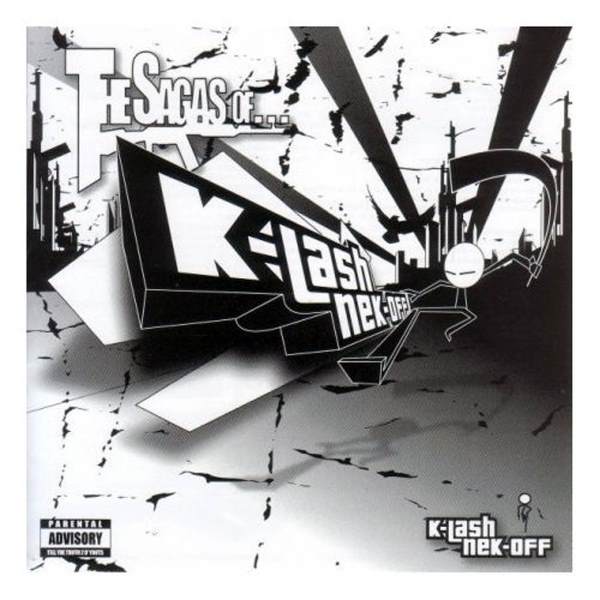 With Klashnekoff releasing his first album in 9 years next week, let's take a look back at his debut album which was released 15 years ago.

2004 was an interesting period for UK music. Fresh off the release of Boy In Da Corner, the genre that would become Grime was just starting to develop. The UK Hip-Hop scene, on the whole, knee jerkingly rejected this new sound. Many within the UK Hip-Hop scene passed Grime off as a fad.

Then, Channel U happened.

Channel U kicked in the door for Grime, allowing any and everyone, with very little quality control, the opportunity to have their video shown. At a time where the other video channels showed very little or no UK Hip-Hop videos, Channel U opened the floodgates.

And one of the most memorable videos on Channel U was Klashnekoff’s 'Murda'.

Klashnekoff was a rapper through and through. He came through the UK Hip-Hop scene, releasing his first single on YNR, the label started by UK Hip-Hop luminaries Tommy Evans and Jehst, but something about him was able to capture the hearts of the Channel U audience, who were younger, and more interested in watching the latest Grime videos. Whether it was the bleak imagery, the punchlines, the faster flow, or just the aura of Klashnekoff himself, Murda will go down as one of the Channel U classics.

In 2004 he released his debut album, The Sagas Of... Really excited to get this album, I made my way to HMV in Brent Cross after school to pick it up. The album opened with Zero. Over a pounding Lewis Parker beat, Klashnekoff spits like no tomorrow with lines like:

My university, we don’t graduate
We just regurgitate hate, but I’m just like you mate
Waking up with a screw face
Next up was Murda, truth is I probably skipped to this song first. Living in a council flat, I never had Sky, so I only saw Channel U when I was at a friend’s house. In a pre-YouTube/Spotify/Smartphone day, there wasn’t as many ways to listen to music. So to finally have this certified classic available to me whenever I want, I would skip straight to it. I even remember listening to it just before a GCSE exam to get me hyped.

The East Maze where the lifts are full of piss
And pitch black skies and clouds of red mist
Klashnekoff paints a bleak picture of a pre-gentrification Hackney. He continues that theme on the next song Parrowdice

Welcome to the east maze, this is where the Devil lives..
Yeah, where little kids peddle shit
And settle sick situations with a metal stick
We also get a glimpse of distrust of politics

This is far removed from the optimism many felt at the beginning of Tony Blair’s reign. I was in year 6 and our teachers took us out of class to watch video footage of the news that they had taped, hyping up how much this was going to change things, how much it was going to benefit us (“education, education, education,” etc). But by 2004, just 7 years later, the tide war turning, and many were becoming disillusioned by Blair’s promises, as we saw labour become more centrist. This distrust of the state continues on the next song, All I Got, describing how he wants to get out of this habitat, but he knows that the mind state that he has been raised in will never leave him. At the time of the release of this album, Klashnekoff was not even 30, but the way he was rapping was like an elder on road, giving out wisdom to the youngsters.

On Black Rose, Klashnekoff gets personal, with the first verse detailing when he got the news his girlfriend was pregnant, and how she was rejected by her brother and father. The second verse hits a stronger note for me, Klashnekoff dedicating the verse to his father who passed away:

This line was actually my MSN screen name at one point, which shows how much it resonated at that point. Losing a father, especially for a young man, really does leave you with that feeling of missing out on things, whilst thinking about the many questions you should have asked when you had the chance, but now that chance is gone.

On Our Time, Klashnekoff describes himself as:

There is a real feeling of paranoia on this album. Paranoia against the state, and against the police:

Twisted like contortion or coppers up in Hoxton
Who had certain black yutes on road shottin’ rocks for them
What? You think I’ve forgotten?
Fuck Sir Paul Condon, your whole force is rotten!

On Daggo Mentality this is repeated:

The east maze metropolis, filled to the brim with metro police officers

The album ends with Son of Niah. Over a lovely sounding wind instrument, Klash ends the album on a high note, solidifying everything that came before, the paranoia, the personal side, the hard hitting beats, the lyrics.

Stalk the beats like a wild tiger
The Son of Niah, spit my phlegm on the flames of desire

In 2004, journalists with a need to put all artists in a box, compared Klashnekoff to Nas (and Kano to Jay-Z). And despite how lazy the comparison is, with an album like this, you can see where they were coming from. Klashnekoff is spitting reality rhymes over boom bap beats, akin to Illmatic, the Nas classic released just 10 years before. There have been many comparisons between New York in 94 and London in 2004 in terms of what was coming out at the time. Releases from Wiley, Dizzee Rascal, Skinnyman and Klashnekoff laid the foundation for what was to come after.

Klashnekoff was one of the first rappers to work with Grime producers, appearing on Lord of the Decks 3, on a track produced by Jammer and Biggaman; and appearing on the DVD of the same name. In 2019 this may not seem like a big deal, where we see artists hop from Rap to Grime, to Drill to Afrobeats. But in 2005, this was a statement by Klashnekoff. The UK Hip-Hop elite still had a level of snobbery towards Grime, even as it continued to become the most exciting genre the UK had seen in years.

But at 29 years young, Klashnekoff was an elder to the stars of the young genre, and so his endorsement meant a lot. Klashnekoff doubled down, appearing on the remix to Kano’s 'Sometimes', and having a song on Run the Roads 2, the Grime compilation released by Vice. Klashnekoff, along with other artists like Skinnyman and Sway, helped bridge the gap and set the scene for what we see today.

Since the release of his debut album Klashnekoff has had an on again, off again, career. The music has always been of high quality, but the gaps in between the releases has led to a loss of momentum. Also the landscape of UK music, and Hip-Hop as a whole has changed. But Klashnekoff now is in a position where a generation of new artists would have grown up listening to Murda on Channel U. And that influence on an entire sound is priceless.