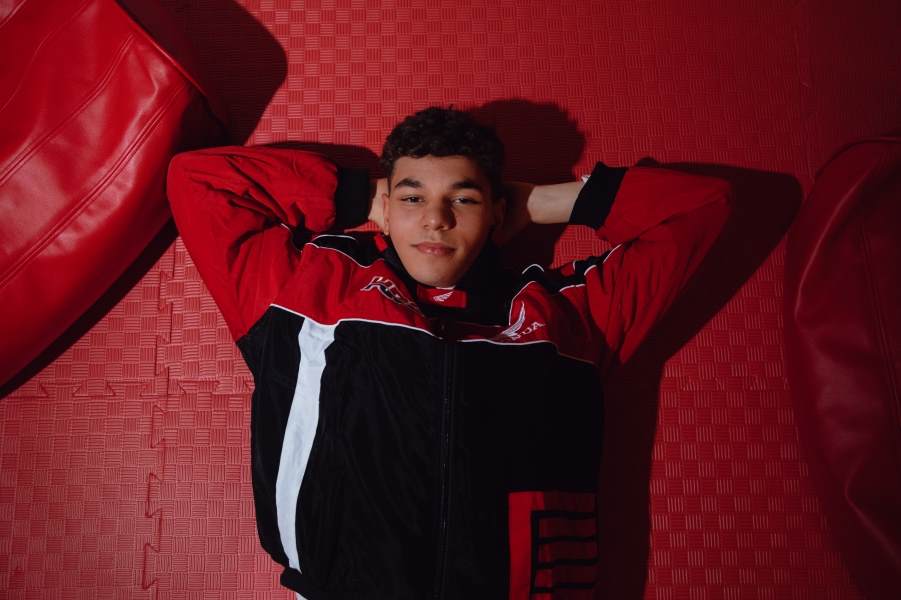 The latest in a series of releases this year, Norwegian rising artist CCA Jonas is back with his vibrant new hip-
hop single “SOlO/DOLO”.

With the minimalist instrumentation, Jonas’ vocals and rap cadences are at the forefront of the dynamic melody, showcasing his smooth and energetic flow. Produced by Get FAT.´s in-house producer Mario Blatancic (BBMario), “SOLO/DOLO” highlights the young artists’ skilled and impressive lyricism - inviting listeners into his artistic realm.

Only seventeen, CCA Jonas is rapidly placing his mark on the industry with his lively R&B and hip-hop inspired
artistry. Signed to Made Management (Aurora, Sigrid), Jonas emerged onto the music scene last year with
the release of his debut single “Pretty Pretty”.

Having amassed over 200K streams, he built an international fanbase and has since released a string of impressive singles. As well as playing local and national festival slots, he has also supported one of Norway’s biggest hip-hop acts, Kamelen - showcasing his popularity in his home turf.