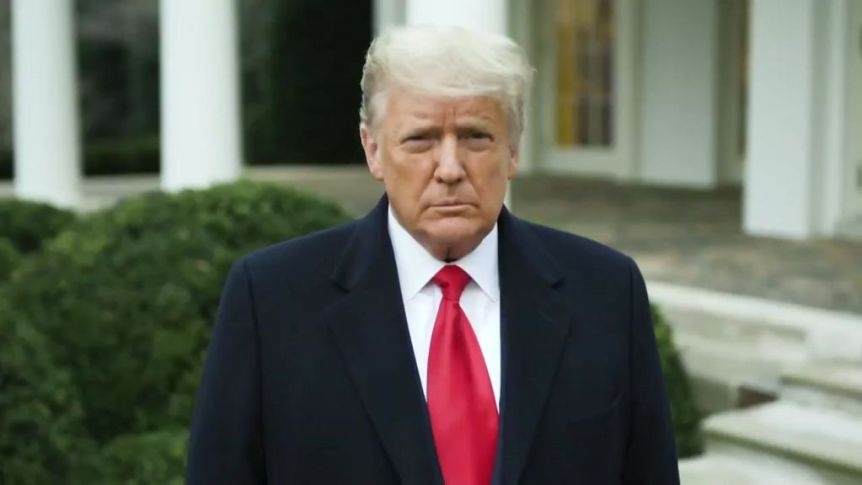 Twitter have permanently suspended Donald Trump due to the risk of further incitement of violence.

The desicion comes after a series of tweets made by the former president in the aftermath of the Capitol being breached. Four civilians and a police officer died, however Trump failed to condemn the rioters, instead referring to them as 'American patriots.'

"The 75,000,000 great american patriots who voted for me, AMERICA FIRST and MAKE AMERICA GREAT AGAIN, will have a giant long voice into the future. They will not be disrespected or treated unfairly in any way shape or form!!!"

He also tweeted: "To all who have asked, I will not be going to the inauguration on January 20th."

After close review of recent Tweets from the @realDonaldTrump account and the context around them we have permanently suspended the account due to the risk of further incitement of violence.https://t.co/CBpE1I6j8Y

This is not the first time the social media giant has hit back at Mr Trump; during the election many of his tweets were labelled as false or electoral fraud.

Trump sees the move as an enemy of free speech and tweeted from the official @POTUS account about the possibilities of building his own platform. 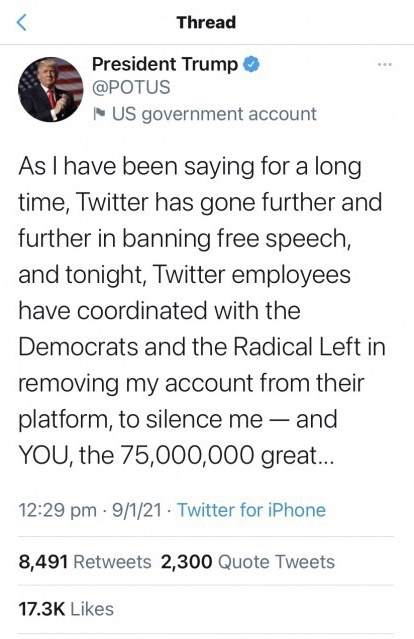