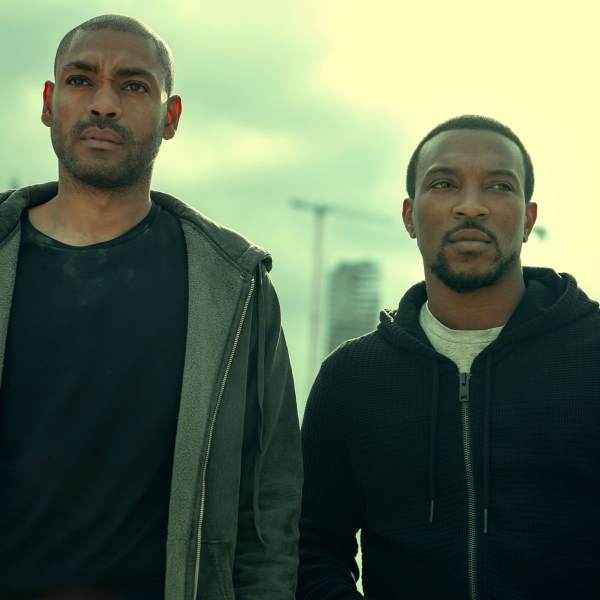 At the start of last month, production on the new instalment of Top Boy began. This was confirmed by two of the show’s main stars, Ashley Walters and grime icon Kano, who play Dushane Hill and Gerard ‘Sully’ Sullivan. The news was shared by Walters and Kano, in a video clip that was posted on Netflix's official Twitter account.

Filming had been pushed back from its original start date in Spring 2020 because of the pandemic when all production was put on hold.

Casting our minds back, when Top Boy season 3 was officially confirmed in 2017, we had to wait two years until the first episode was aired. This time though, we expect things to move much more quickly.

Top Boy was initially pitched to BBC as a one-off film back in 2010, before channel 4 commissioned a first and second season, and cultivated a somewhat niche fan base between 2011-2013.

Frustratingly, the series was abruptly decommissioned after just 8 episodes with a storyline for a third series that looked destined never to see the light of day. “I didn’t ever think it was going to come back,” said Kano at the time.

Top Boy didn’t disappear though, it retained its cult notoriety on socials and once the first two seasons were added to Netflix, it found another audience, taking on a life of its own.

Skepta worked Top Boy references to characters and storylines into his Mercury prize-winning project, ‘Konnichiwa’. It also proved to be a catalyst for Michaela Coel and Black Panther star Letitia Wright’s careers, as well as grime MC’s Bashy and Scorcher, all having since gone on to land roles in TV and film.

It was 2016 when rumours properly ramped up a gear, a big part due to Drake’s campaign to bring the show back. The Canadian star arranged a dinner with the show's creator Ronan Bennett, to talk longevity and reigniting the series into something much bigger. Drizzy joined the team and pitched the shows complete re-launch to Netflix. Luckily for us, they loved it, and we got the follow up we’d all been so desperate for late on in 2019.

Fast forward to today, as we eagerly await what’s next to come, we wanted to go through a few of the characters, plot points and fan theories that have us brimming with expectation.

Will Tilly return in the next series?

What looked to have all the hallmarks of a budding love interest for Jamie quickly deteriorates into something far darker, as Tilly is caught in the crossfire of a gang altercation. In the penultimate scene of episode two, Jamie went to pick shop assistant Tilly up in his car but she refused to get in as all his friends were with him. After he persuaded them to get out, Tilly approached the front seat. Two motorbikes sped towards the car firing shots and Tilly was caught in the crossfire.

When Jamie tries to visit her in the hospital he’s very unwelcome, Tilly’s Father confirming that she suffered brain damage, demanding that he sees what damage he’s caused and warned never to come back.

Some fans of the show point to an opportunity for her to return in an explosive way next season, presumably if Jamie tries to make amends for his life-threatening impact on her life.

What really happened to Dris?

Shone Romulus’ character has been off-camera since the gunshot (heard and not seen) near the end of season 3. After betraying Summerhouse, Sully takes Dris to the roof of the estate and points a gun at him. We are led to believe that Dris is killed. He says defiantly “If you’re gonna do it. Do it fam” before the camera zooms into East London’s skyline and we hear a gunshot. The fact we don’t physically see him dead led some fans to hypothesise that he was spared by Sully. After all, Jaq is told to leave and there isn’t anyone who actively verifies that he died in that altercation.

Another ambiguity is a ‘missing’ sign written on the police board connecting each gang member to Dushane, in the very final scene of episode 10. Viewers point to a merciful avenue where Sully might have paid him off to leave London for good. Crucially, he does have a young daughter to care for. Perhaps this spared his life and will offer a route back into the series this year.

In Top Boy: Summerhouse Ra’Nell was a central character to the plot, and whilst we see a continuation of Dushane, Sully, Dris and others’ stories, there seems to be no closure around what happened to him.

One fan theory hints at the possibility that Modie, played by Dave in Top Boy 3, is an aged Ra’Nell. Modie’s slight likeness to Ra’Nell coupled with his rivalry with Sully in prison suggests there could be more of a back story to ZT’s former leader than initially meets the eye.

In Santan’s record ‘God’s Eye’ he raps “I used to be Ra’Nell, I never had a score/We’re the show, tell me what we need a channel for.” This could be a really interesting plot point and the creators have left the door wide open for more exploration on what happened between 2013 and 2019 with his character.

What will be the future dynamic between Dushane and Sully?

The two characters have always had a fractious relationship with the pair neglecting to see eye to eye on multiple occasions in the past.

When Dushane finally trumps Jamie at the end of the series Sully doesn’t agree with the means at which he uses to get there. “There’s always a way… but not that way” is Sully’s disgusted response to Dushane’s crafty framing of Jamie at the series end. Sully also points out “just because we didn’t lose, doesn’t mean we won.”

Dushane doesn’t always play by the set of unwritten rules that Sully holds as gospel and he consistently goes behind his partner-in-crime’s back or manipulates situations to achieve the outcome he wants.

The partnership seems to be on a knife-edge, and not for the first time. It’s conceivable that friends could become enemies here if Dushane continues to push boundaries. It’s worth noting of course, that Sully previously forgave Dushane for the premeditated murder of his best friend Mike in series 2.

It’s hard to say exactly which way the pair will go next, but it’s bound to be exciting.

Ronan Bennett crafted the storyline carefully leaving Jamie with an ultimatum. Avoid jail for 20 years, or do his time and avoid incriminating Ats, his younger brother Stefan’s best friend. This might be a simple decision for others, but Jamie has shown that he is a man of principle and shows real moral grounding throughout series 3.

Dushane visits Jamie in jail with footage of the younger going into a flat with the bag that he was arrested for, he shows Jamie a clip of Ats going into his house and planting it, to Jamie’s disbelief.

“Judge sees that, he’ll drop the case real quick. You answer the next question right, and I’ll send it to your lawyer tonight.” Dushane says before asking him to work for him at Summerhouse. Dushane sees himself in Jamie and is impressed by how he handled himself through the gang war, this much is clear when he says “I like the way you dream.” He cleverly remarks “let me know if you want to do them 20 years, yeah?” and we see Jamie for the final time pondering over the interaction.

It will be fascinating to see what waves that would cause internally for Summerhouse, and if Dushane would be able to manage Jamie’s potential resentment for what had come before. Jamie is a leader, and so is Dushane. It’s too early to call whether it would all play out the way Dushane proposes.

Will the undercover feds take down Dushane?

In series 3’s final scene we were delivered the biggest twist of the series by a long way. The drug addicts depicted on the corners of the estate Lee and Sarah, are in fact undercover feds working to bring down Dushane. In the very last scene we see them in a Met Police Station amongst their counterparts in front of a whiteboard that displays Dushane Hill, once again, as Top Boy on Summerhouse estate.

Perceptive viewers will point out that there were a couple of hints littered throughout that could’ve led you to this realisation. In episode 9, Sarah spits cider out of her mouth, aware that she may blow her cover, and asks Lee if everything “looks alright.” She also empties half of the bottle into the street. When Lee gets hit by the bald white man, he says he’s “sick of this shit.” Now we know he's talking about the job, not his actual life circumstances.

The pair’s exposure of a market owner that was a fed early on, was also an interesting detail which pointed at them being more than just desperate junkies.

Clearly the undercover investigation is and has been, in full swing throughout series 3. We don’t really know how much tangible progress they have made yet, but they’ve identified Dushane correctly as the man behind everything. It will be interesting to see if the ‘nitties’ remain undercover next season and just how far they manage to intergrade themselves within Dushane’s inner circle.

We’re really excited to see how all of these plot points develop in the next chapter of a show that speaks for the bleak realities of life in Urban-London in such a transparent way.

We have no official confirmation on the release date yet, but the wheels are turning, and we’re ready for anything that the talented creators can offer up.

Keep locked in for more updates on Top Boy as we move closer to release.