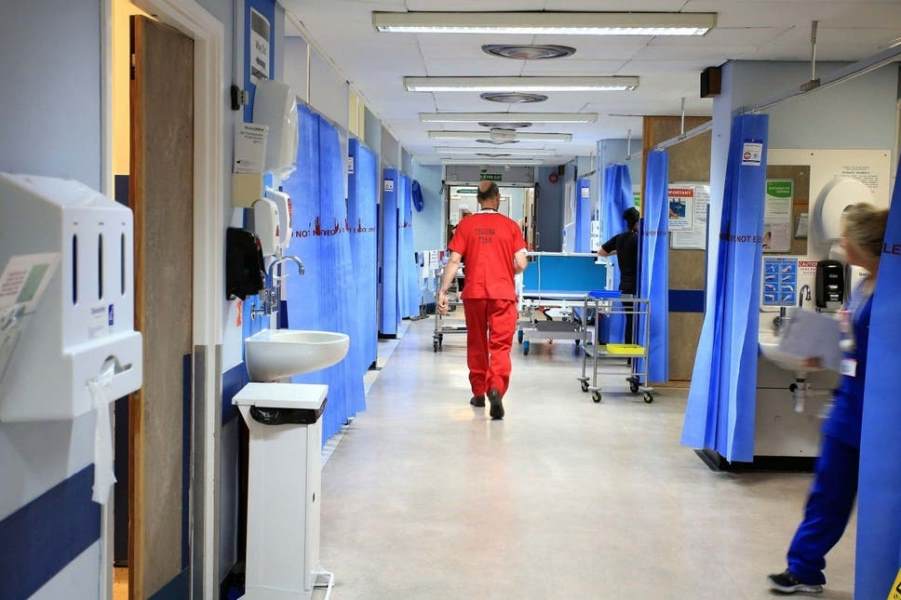 A 30-year-old woman in Portsmouth has been fined £200 for uploading content from local hospitals which caused ‘angst in the community’, the local Police authorities have said.

Hannah Dean, who describes herself as a ‘registered journalist’, posted images from hospitals across south-east England to Facebook in an effort to prove the virus is a ‘hoax’. 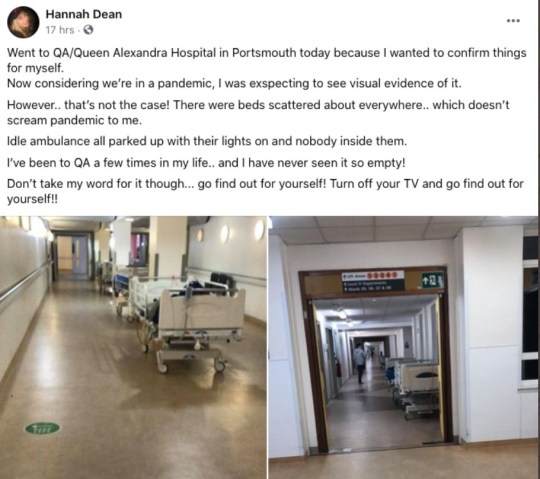 Alongside a post of pictures supposedly taken at Queen Alexandra Hospital, she wrote: ‘Hospital is the quietest I have ever seen it! I walked all over the hospital, including A&E! ‘I know this is hard to get our heads around, but the government are lying to us! And the reason why they’re lying to us….. is very disturbing!’

Hampshire Police haven’t officially identified the woman issued with a fixed penalty notice, but said she had been “attending local hospitals, including Queen Alexandra Hospital in Cosham.”

A spokesman for Western Sussex Hospitals NHS Foundation Trust, responded to Ms Dean’s claims: “This is untrue and highly disrespectful to all the patients and families affected by Covid, as well as our staff who are working extremely hard in very challenging circumstances.

“We must stress, pictures of empty corridors do not mean our wards and intensive care units are empty.”

Boris Johnson said in a press conference last week: “The kind of people who stand outside hospitals and say Covid is a hoax and this kind of stuff, really I do think they need to grow up.”

Sir Simon Stevens, NHS England chief executive, said people claiming the pandemic is a “hoax’ are responsible for potentially changing behaviour which will kill people and are insulting to staff who have worked long shifts in the most demanding circumstances.”