The Streets Will Always Remember...50-50 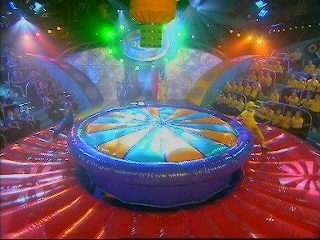 Wiley once famously said “I’m 50-50”, but he wasn’t talking about the classic CBBC show 50-50 which struck a chord with so many children across the country. It has to be told that they just don’t make game shows like this anymore.

50-50 was the children’s game show that pitted two teams of fifty randomly selected school children against each other in a series of games and quizzes. The first episode was broadcasted on 7 April 1997, and the show ended on 12 July 2005 after 9 series which produced 118 episodes.

The streets will always remember 50-50 because it’s the show we all dreamed of being on. You can’t deny that you didn’t want to be on this show and if you didn't, you were a very boring kid.

The CBBC has played home to many game shows over the years, but 50-50 is 100% one of the best they ever commissioned.

It had this eliteness about it from the start. As soon as you heard that theme, you knew that you were giving that television your undivided attention. For those 25 minutes that it aired, you felt safe and sound watching the action.

The show format meant that the contestants were the studio audience who took their place on raised seating in opposite sides of the studio to almost mirror the Colosseum. The contestant numbers were randomly chosen by the main boy ‘Flynn’ the loveable and bookie large-screened computer.

Almost all of the physical challenges involved some sort of inflatable equipment. Which resulted in golden moments like this…

Over the years the show has had a number of hosts, but the one who stood out the most was Sally Gray who presented the show from 1997-2002. The best part of all is that the winning team at the end of the show won a prize for their school, so it basically made you untouchable if you helped win it. Bullies would have probably ended up paying you.

Nah, this one was a real one.

The streets will always remember...50-50