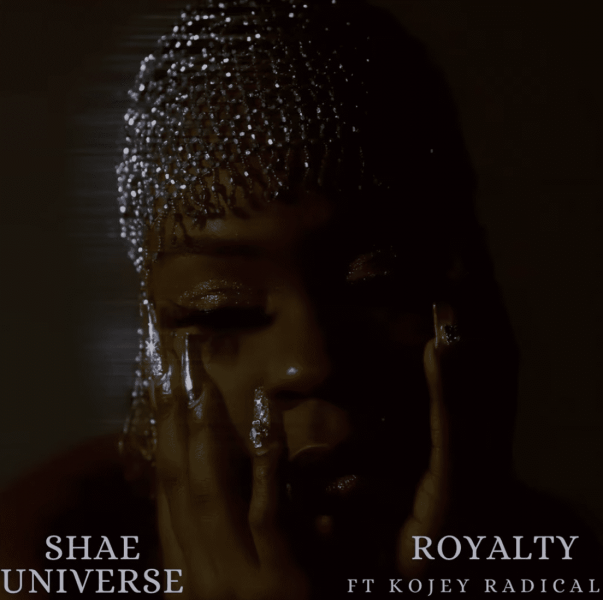 Shae Universe reunites with Kojey Radical on her first track of the year, 'Royalty'.

The Watford-born artist croons over a beat thats a mix of Drill, R&B and Spanish guitar, creating an empowering fusion perfectly suited to Kojey Radical's smooth lyricism. This isn't the first time the duo have created something special, their music collaborations date back to 2017, when Shae featured in Kojey's '700 Pennies'.

Even though the beat is slightly reminiscent of R&B tracks like Toni Braxton's 'Un-Break My Heart' and Santana's 'Maria Maria', the distinct Drill beat gives it a modern spin, making it a fresh track that blends old and new styles, alike.

It's also a powerful statement for Shae Universe, as she repeatedly sings "give me my crown" throughout the track. It's a message that goes beyond the typical R&B love song; she's not singing to any man. Instead, she's reminding listeners that she knows her worth, and it's also calling on them to feel the same.

Commenting on her new single, she admitted, "It took me a long time to comfortably sit in my own worth". It's a message she wants her fans to feel, too, “This song was written for my tribe around the world. It’s an anthem for all kings and queens to empower themselves with".

The track also comes as a reminder that Shae has been building up her career with iconic tracks like 'You Lose', 'Levels', and 'No Stallin', and is now ready to get her flowers as UK R&B royalty.

We can't wait to see Shae Universe takeover in 2021! Listen to her new track with Kojey Radical below, and let us know your thoughts on social media.