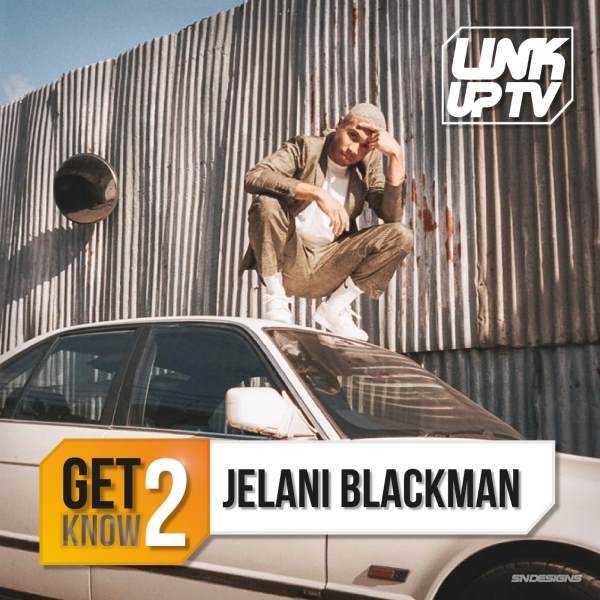 With his stomping ground rooting back to Ladbroke Grove, West London, Jelani Blackman's relocation to London's South and North circumference gave inspiration to his creativity and lyrical content. Fluent in Saxophone, he sought higher education studying Music and Philosophy, and after leaving his record deal relished in focusing on his musical expression. Dubbed Annie Mac's Hottest Record, Jelani is back with his latest EP titled Average Joe.

Rae: You studied Music and Philosophy at university, but if you hadn’t followed your musical inclination what do you think you would be pursuing now?

Jelani Blackman: I made the decision I wanted to do something creative before I went to uni, but was always better academically at English and Psychology. So I’d probably be a therapist.

Rae: You’ve spoken about not feeling in control when under the management of your old label, how has leaving your deal impacted on your creativity? And would you like to get signed by a particular label again in the future?

Jelani Blackman: It was knowing I could put music out as much as I wanted that got me feeling creative again. The more songs I put out, the more I knew what I wanted to make next. I couldn't do that as easily before and it stopped me feeling like artist and knowing which direction I wanted to go.

Rae: Growing up and drawing inspiration from Craig David and Usher, who else has inspired you and who would you like to work with in the future?

Jelani Blackman: It’s mad it was like a clear split for me between RnB and Grime depending on what mood I was in, it's still the same now. Dizzee Rascal, Trim, Ghetts, I listened to on repeat a lot growing up. I wanna work with artists that value their art like Slowthai and Kendrick Lamar.

Rae: You mentioned that being stationary in your stomping ground would have stunted your musical horizons, where else would you like to spend time in order to broaden your creativity?

Jelani Blackman: Would be good to spend time in Africa, I'm Sierra Leonean as well and the energy in Africa at the moment is crazy. Also, I feel like Europe has a similar energy to our rap scene so would like to do stuff there as well, f*** brexit.

Rae: With your early beginnings starting off in Barbados, do you plan to incorporate any different sounds into your music that reflect your background?

Jelani Blackman: Big tings. I’m feeling so good right now. My first independent EP, Average Joe, drops this week and the tracks are a lot, got me excited. Playing live is what I love and the new tracks are just energy, I’m doing a headline show on Nov 21; will be there on a madness.