HomeVideosMs Banks drops first episode of 'Bank On It' series

Ms Banks drops first episode of 'Bank On It' series 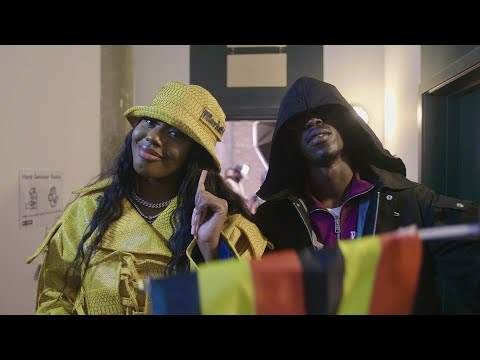 An exciting new vlog series, Ms Banks shows us a ‘day in the life’ in her first episode. The vlog gives a small insight into what Ms Banks has been up to recently, future projects and what we can expect from upcoming episodes of the #BankOnIt series over the next few weeks.

In the first episode, the ‘Coldest Winter Ever’ artist took us with her to record at VixMix Studios, where she revealed that she hopes to be doing a world tour soon, or “something major”. Speaking out about the effect of Covid-19 on artists, she admitted that although the time had allowed upcoming artists to become bigger and have an impact, already-established artists such as herself “took the back seat”.

But has this made Ms Banks slow down? Definitely not. Instead, she’s gearing up for new and exciting projects, as she hints in the studio of her first episode that she’s “making something special”. Clearly a perfectionist with her art, the rapper explains that her fans won’t hear it until its “lit”.

Recently, we saw Ms Banks work with huge international artists, from Tinashe on ‘Die a Little Bit’, a 90’s house-inspired track, to ‘Mon Lossa’ with pop singer Aya Nakamura and a remix of Jorja Smith’s ‘Be Honest’. It’s understandable, then, why she’s taken time to develop new material since ‘The Coldest Winter Ever Pt. 2’ dropped back in 2019. Perfection takes time and clearly Ms Banks is willing to wait till her new project’s ready.

At the end of the episode, we see her visit No Signal Radio for a 10V10 clash against fellow rapper Unknown T. As one of the few female rappers to achieve mainstream success within the UK, it’s inspiring to see Ms Banks battling against another rapper, as she dropped viral bangers such as ‘Snack’ and ‘You Don’t Know’.

Watch the first episode now below and follow us on socials to stay updated!