HomeVideosZeze Millz Talks R&B and The Music Industry with Angel

Zeze Millz Talks R&B and The Music Industry with Angel 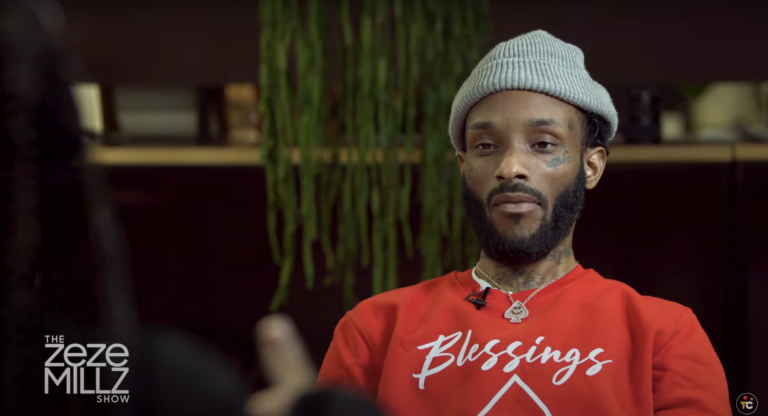 A force within the UK music scene, Angel’s discography runs from major pop tracks like ‘Wonderful’, R&B tunes like ‘Take You Home’ and, more recently, dancehall-influenced songs like ‘Blessings’. Clearly, his artistry is multi-faceted, something that Angel is adamant on maintaining, as he rejects the label of being an ‘R&B Artist’ in his new interview with Zeze Millz.

“I always say I’m a rock star or a pop star” he affirms, brushing off a label that has changed tremendously both in the UK and overseas. Even so, R&B is a fundamental part of Angel’s music, as Zeze reminds him of the 90s R&B samples he’s used within his songs, such as Faith Evan’s ‘Soon as I Get Home’.

Intent on giving him his dues, Zeze states that, in her opinion, Angel is the most talented R&B singer from the UK. Regardless, it’s clear that even with all his success and over a decade of industry experience, Angel remains humble, explaining that “there are two types of music: bad and good. I just try to make good music”. Considering the West-London born artist had his first UK Top Ten at 24-years-old with ‘Wonderful’, it’s definitely a modest statement. Touching on his first success, he admits that the track has opened doors for him, “that led me to where I am now” he confesses, “but it still doesn’t mean I’m going to make an album full of ‘Wonderful’”.

So why does Angel feel so strongly about not being restricted to any one genre or creating similar tracks that gave him initial success? As he talks to Zeze, it becomes clear that his popularity within the UK, something that’s both soared and dwindled in the past, may have something to do with it. With new wave R&B artists like Ella Mai and Jorja Smith heralding the return of R&B singers, it would be easy to assume that Angel has received his well-due success. However, as he and Zeze discuss the genre, he admits that a decade ago, at the height of ‘Wonderful’, people weren’t checking for solely R&B. “It was always delving into the stuff that was current and trendy (….) Back then it was funky house, now it’s drill”.

He also uses the reaction Trey Songz gets in the UK as a comparison, “if he can come here and get embraced as an R&B artist, why can’t I? I’ve been R&B”, suggesting that he doesn’t receive the same love in the UK scene. Questioning if there’s a divide between the experience of female R&B singers than that of their male counterparts with success, Angel acknowledges it, but also suggests that it’s “getting better”.

Ever the bold interviewer, Zeze goes on to ask the question that most of us have been wondering, “where have you been?”. Clearly, it’s a difficult question for Angel, as he touches on his time at Island Records and songs that didn’t chart as well after his new-found fame. Regardless, he remains optimistic, and goes on to explain his transition to the US, which is a “new start”. “I’m back at square one” he suggests, even though in recent years he’s worked with major US artists such as Rich Homie Quan, French Montana and Jeremih.

It’s a brave move, considering that more often than not, British artists across all genres haven’t received the same love in the US as they have in the UK, take Craig David for example. Even so, Angel’s confident in being received well by any audience. “There’s a new lane now, for new music”, he insists, hinting at upcoming projects, from a few live streams that are going to be released weekly, to new music overall.

Watch the exclusive interview below and let us know what you think on our socials!