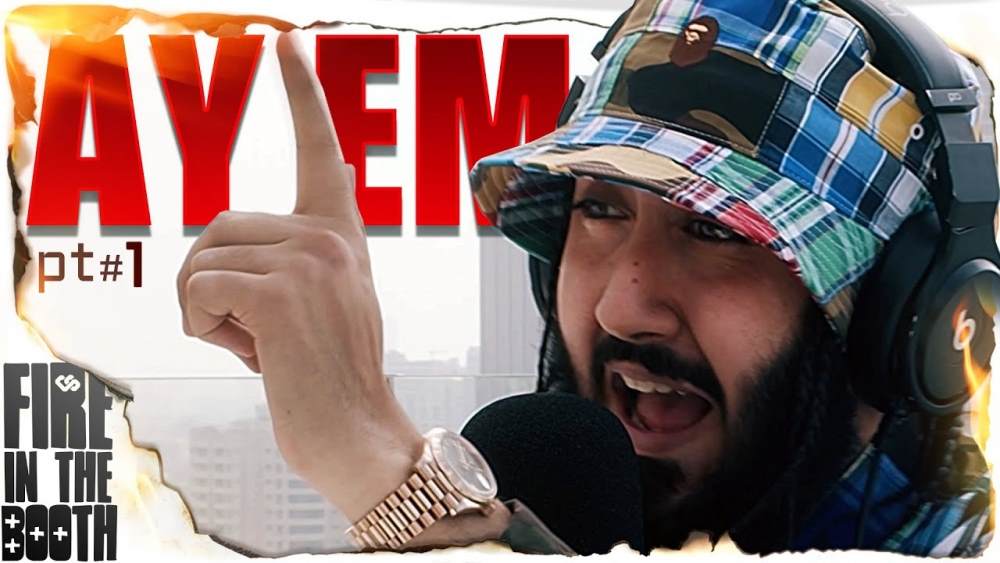 Ay Em builds the hype for his new mixtape titled 'Dopamine' by joining Charlie Sloth out in Dubai to create a very special 'Fire In The Booth'.

Ay Em has demonstrated time and time again how talented he is and this Fire In The Booth is just another showcase of that. Over the first beat, Ay Em drops bars and spits some real rap for us. The second and third beats he switches it up and shows us his versatility by coming with more of a vocal performance whilst also displaying his ability to flow amazingly over a beat.

This Fire In The Booth was absolutely the right way to go about promoting his new mixtape as he gives people a good look at what to expect from the album and displaying his talent to anyone who is a new listener to interest them in going to listen.

Go check out Ay Em's Fire In The Booth now and also go and purchase and run up his new mixtape 'Dopamine' out now!