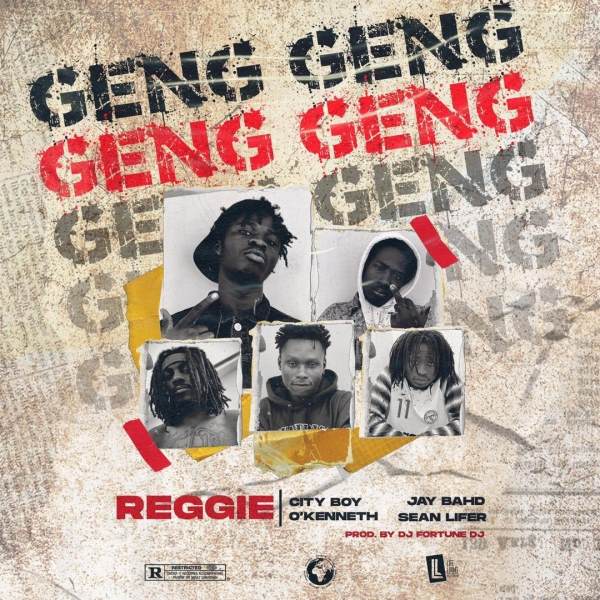 Reggie teams up with his Life Living label mates Jay Bahd, City Boy, O’Kenneth and Sean Lifer on their latest single ‘Geng Geng’. Collectively they are being recognised as the hottest drill artists out of Kumasi, Ghana (aka Kumerica).

Their fresh and unique spin on the Chicago birthed genre has seen them organically build a worldwide fanbase across the U.S, UK and Paris, France. The collective have received co-signs from the likes of Virgil Abloh, Stormzy and even more recently Burna Boy.

'Geng Geng’ has already racked up 100,000 streams on Audiomack since its release at the end of January and now they deliver the much-anticipated visuals directed by YawPhanta. The high energy video sees the group come together in their hometown of Kumasi. Individually their star quality cannot be questioned and when they come together they are a force to be reckoned with. This is just the start of many exciting releases to come in 2021!