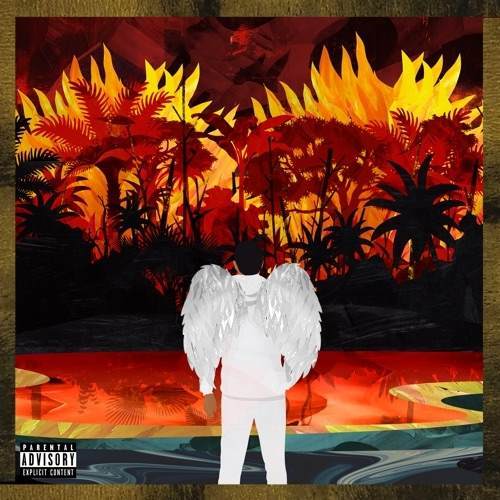 After teasing the drop for almost two years, Jevon has finally released his brand new album 'Fell in Love in Brasil'.

Born and raised in West London, Jevon moved to Coventry as a youngster and it was there where he picked up the music bug truly for the first time. After years of dedication to the craft, Jevon has delivered a 12 track project that he calls his best work to date.

It's dedicated to his late grandfather, who passed away some years ago, and Jevon flew out to Brasil to take in the culture and sounds of his homeland and pieced together this album.

The entire album is written, produced and performed by Jevon himself which instantly adds to the talent of the man himself. He has previously produced for the likes of M1llionz and released songs with Brna and Big Zuu.

The theme of the album is simple - Brasil. The classic carnival sounds are prevalent throughout the project, while Jevon puts his trademark bass and snares on the beats too before laying down vocals and spitting lyrics that catch the ear instantly with his clarity and punchlines.

'Girl From Bahia' was originally released as a one minute snippet on Instagram as part of a short EP entitled '4 minutes in Brasil', only for demand to become so great that he put the full version out as the third and final single for the album.

The album contains just two features, from Brazilian natives Rincon Sapiencia who supplies vocals on the opening track and Marcos Valle who appears on 'Heavens Calling'.

'Fell in Love in Brasil' is an album for the summer time at it's peak, with up-tempo beats that instantly make you want to move and dance and just enjoy yourself. But it also stands the test for the rainy days with songs that are a bit slower and darker too.

This is an album that deserves all the plaudits it will receive and then some. Give it a listen, I promise you won't regret it.

'Fell in Love in Brasil' is out now and available to stream or download on all major platforms.