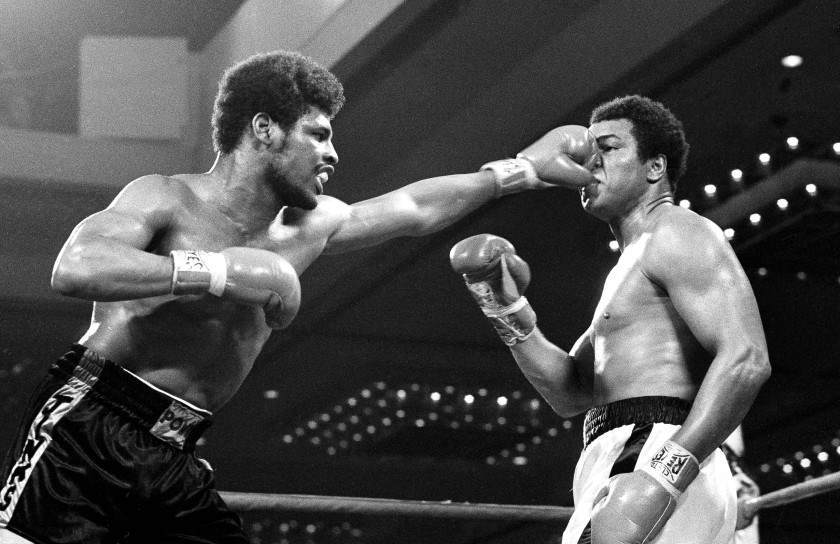 Former gold medal-winning, 1976 United States Olympic boxing team, Leon 'Neon' Spinks has passed away. Spinks had been battling prostate cancer at the time of his death.

Two years later winning the gold medal, Spinks beat Muhammad Ali in 1978 becoming the new undisputed heavyweight champion. Spinks and Ali fought in a 15-round match, which most boxing pundits considered one of the biggest upsets in the history of the boxing world.

Spinks had an impressive amateur career 178-7 with 133 knockouts. A record that speaks masses and volumes, not to forget to mention this includes the light heavyweight gold medal at Montreal's 1976 Summer Olympic. Spinks defeated Cuban boxer, Sixto Soria, for the gold in a flawless victory.

Not long after the Olympics, Spinks fought in his pro debut against a Bob Smith, he knocked Smith out in five rounds. Only eight professional bouts under his belt and Spinks took on 'The Greatest of All Time', Ali. The two fought in a rematch and Ali won the WBA belt back later that year in the Louisiana Superdome.

Leon 'Neon' Spinks finished his professional boxing career with a record of 26 wins and 17 losses, with 14 knockouts. Going into the '90s, he stopped boxing and took on the world of professional, where he teamed with Frontier Martial-Arts Wrestling.

Leon Spinks and his brother Michael were both inducted into the Nevada Boxing Hall of Fame in 2017.

"Opportunity knocks only once, you never know if you'll get another opportunity" - Leon 'Neon' Spinks.