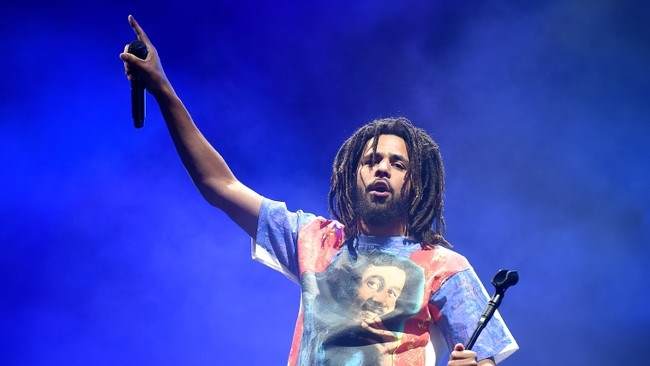 Since the release of Dreamville's collaborative project 'Revenge of the Dreamers III', anticipation for a solo project has been growing amongst Cole World fans. His last endeavour 'KOD' proved to be a major success, which is no surprise. Proving the North Carolina rapper is still capable of delivering a platinum plaque without any features.

Day N Vegas Festival took over the sin city this past weekend, and during the conclusion of Cole's set a promotional ad campaign video suddenly appeared on the screen. The message shown? "Vote Cole 2020". Running further with this theme, added narration said:

“A man whose humility knows no bounds. A man whose pen is so potent, each word of his verses reportedly cost $2,000. We need someone with big ideas and bold solutions. An expert in diplomacy. A candidate that can heal the inter-generational war. Make your voice heard. Vote The Fall Off for 2020.”

This is some great marketing on Cole's behalf. Amongst Kanye’s talk of one day running for office and the ever-spinning circus of Donald Trump tweets, this is a motivational campaign we can all get behind! Speak of an inter-generational war could be a call back to the now buried dialogue with YBN Cordae, and I for one would like to see the argument between upstarts and old heads of the game played out to an amicable conclusion.

Are you guys excited for new Cole? Let us know your thoughts, we'll keep an eye out for further campaign developments. Peace!