The UK records its coldest temperature since 1995 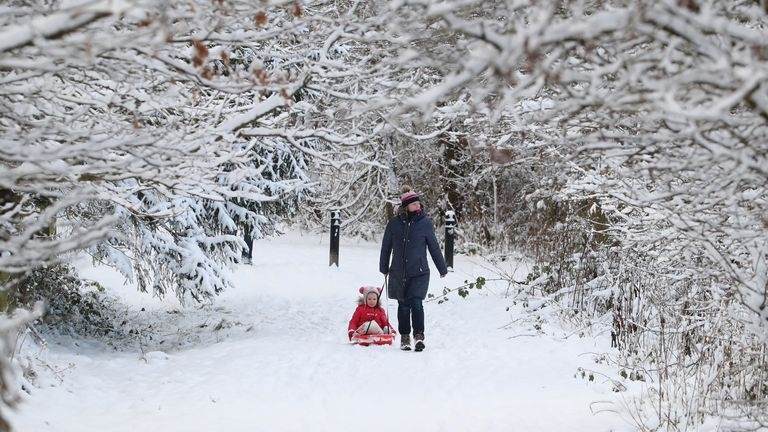 Braemar, Aberdeenshire, recorded a temperature of -23C (-9.4F) as cold conditions spread across the country. It’s the lowest overall temperature recorded in the UK since 1995 and the freezer-like conditions were the coldest in February since 1955.

The record-breaking temperatures come after a freezing night for much of the UK, with temperatures seeming reluctant to climb in the aftermath of Storm Darcy.

However, following what the Met Office calls an "extreme freeze", large parts of the UK will face scattered snow showers and some sunshine, and could become "quite pleasant outside with the sunshine, although still bitterly cold" in western areas.

Across the South, East and North East of the UK, a yellow snow and ice weather warning remains in place for Thursday, meaning disruption on the roads and railways is likely, and that people could become injured on icy patches.