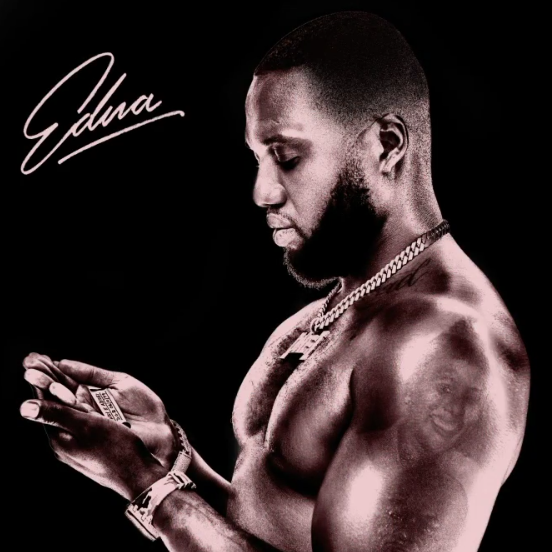 Known for his impeccable flow and slick bars, Headie One has been setting a new standard for UK rap and has quickly become a fan favourite. His journey to the release of his debut album Edna last October is glittered with UK top ten singles and spots on award-winning albums that allowed him to exercise his musical abilities to a range of audiences.

Named after his later mother, Edna tells tales of reflection and self-examination throughout Headie’s turbulent life, tales which later bagged him the number 1 spot on the UK Official Chart. Four months later, the North London rapper is back with a deluxe album boasting 8 new tracks with an impressive list of guests that reinforce Headie One’s talent and creativity.

The opening track ‘Hung Jury’ begins with a harrowing backdrop as Headie details stories about past experiences with the law and jail sentences. Told through honest lyricism, he opens the introspective track with “bro got found guilty, I got hung jury, it’s bittersweet” and takes us deeper into his feelings by following with “have you ever felt guilty for being free?” Headie continues being a man of candour in ‘Showed Me’, with the hook provided by NorthSideBenji who’s mellow voice flawlessly assists Headie One on the tune. This song particularly stands out as a testament to Headie One’s hard work, as he recalls writing his first mixtape in prison to living his current lavish life.

Despite the pensive reflections, Headie doesn’t forget to celebrate how far he has come as heard in ‘Bussdown’ featuring Rich the Kid. Bars like “these racks gon’ make everything calm” in the refrain feels like a consolation; no matter what happens the money will make everything better. Whether he’s talking to us or himself, this catchy and upbeat tune produced by Nyge hears rapping about his stylish life. The lead single ‘Siberia’ which features Nigerian star Burna Boy sees Headie flowing on an experimental emo-rap beat and accompanying visuals set in an icy landscape. The pairing of Burna Boy’s melodic flair and Headie One’s nonchalant delivery marries well without overshadowing each of their personal styles, making this a star-studded track that stands out from the rest.

In the last two tracks, we see Headie find his way back to his drill roots as a way to not alienate his core fanbase with ‘Zodiac’ and ‘Yet’. It is clear that feedback from the experimental project GANG has been taken on, by including these two drill tracks at the end. The feature from fellow OFB member RV on ‘Zodiac’ feels almost nostalgic, as the Rap scene saw they come up at the same time and they have joint mixtapes together. As always, the duo come with their usual hard-hitting bars on this smouldering track in true Headie One and RV fashion. ‘Yet’ sees Headie full of adrenaline on this feature-less full-throttle tune. Sticking to conventional drill patterns, fans are reminded of Headie’s versatility across many beats that allow him to flex his musical talent.

The tracks that make up the deluxe are just as truthful and authentic as the first release. With each track tackling different aspects of what makes Headie One the man he is today, these additional tracks add more depth to the snapshots he told with the original release of Edna. Even though some tracks sit in Edna’s shadow, there is no doubt that its essence still rings true that the Tottenham rapper’s creativity has no limits.

Check out the Deluxe version below.