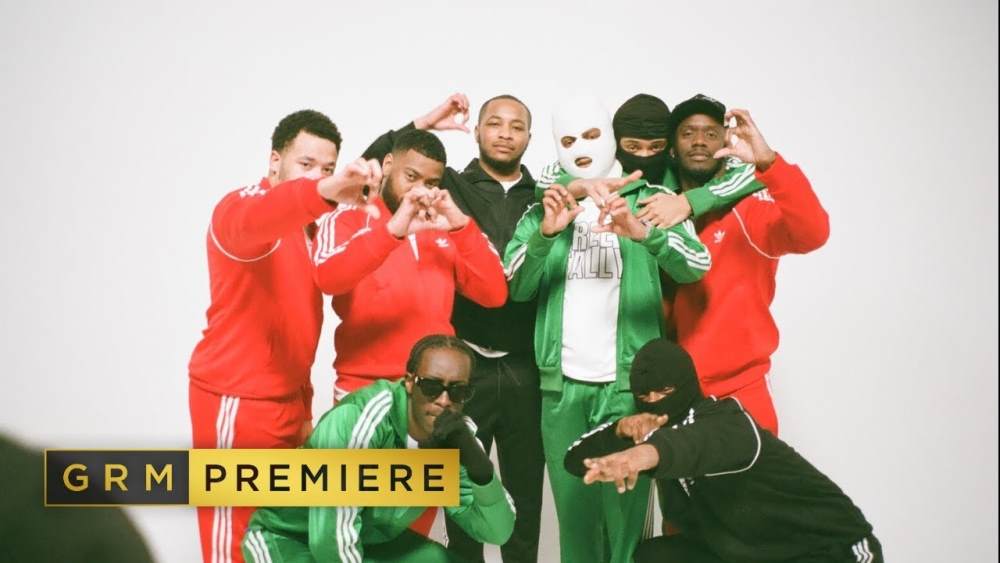 East London, Hackney drill collective #98s reveal visuals to their latest release 'WeDa1s'. Each member showcases their individual characteristics in their own ways with a captivating intro from highly admired rapper and 98s member, Unknown T setting the excitement and anticipation for the track, contributing adlibs throughout.

The creative elements within the song itself is instantly evident; KO, Alchubbino, Mazza, DA, Jimmy, Billy Billions, Stally and Hitman all unleash a hard-hitting introductory bar in the first verse, continued by everyone collectively carrying the track. The versatility displayed throughout is incredible, ranging from the variety in flows whether thats Billy Billions' melodies or DA's fluidity to KO's clever wordplay. The 98s as a whole are undeniably an assemble of gifted individuals who all effortlessly display their personal strengths.

Additionally, the 'WeDa1s' visuals reiterate their overall creativity and originality shown through the effort and thought embedded into the video. Directed and shot by Groundworks and Rich Power Films, the visual concept of the screen layout emphasised by the colourfulness with the tracksuits made an impactful effect. The decision to include unreleased snippets at the end only proved their untolds amount of innovation even more, allowing audiences to further anticipate new and upcoming releases.

The production on the track is an element needing to be credited without question, as the beat produced by Lucas Dante Beats undeniably fulfils the tracks maximum potential. Already having a successful 2020, the 98s are only coming through harder this year as they line up and prepare for bigger moves.

Take in the visuals to 'WeDa1s' Below!