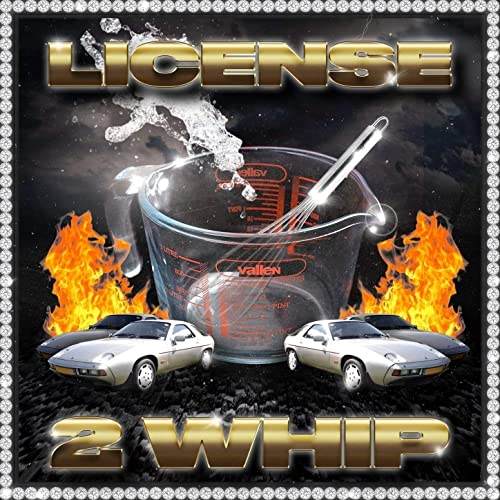 Following the release of his 2020 EP 'The Art of Raw: Chapter II', North West London artist Vallen drops his first song of 2021 in preparation for his upcoming as yet unnamed EP.

'License 2 Whip' starts off with an atmospheric, spacey intro sounding like something out of Avatar: The Last Airbender. Once the bass drops Vallen comes through with a melodic, laid back hook. Throughout the track, Vallen exhibits a mix of flows and vocal effects to show off his musical range. Vallen laces the beat with a range of punchlines like "only time you ever seen Kane/caine's on Sky Sports' and "Picture me, celebrity overnight like Twista."

And we can't talk about this song without talking about the cover. Here Vallen pays homage to a whole scene as he takes inspiration from the classic Pen and Pixel album covers which were so popular in 90s and 2000s Southern Hip Hop scene. Pen and Pixel were a Houston based design company that became the in house design company for No Limit Records, Cash Money Records and Suave House Records. Artists ranging from Lil Wayne, Juvenile, 8 Ball and MJG, Lil Flip, Snoop Dogg and 3 6 Mafia all went to Pen and Pixel to get album covers designed by them. And last year, 21 Savage and Metro Boomin's 'Savage Mode II' famously used a Pen and Pixel style cover. By employing this type of cover, Vallen is paying respect to those who came before him and showing that he is part of a lineage.