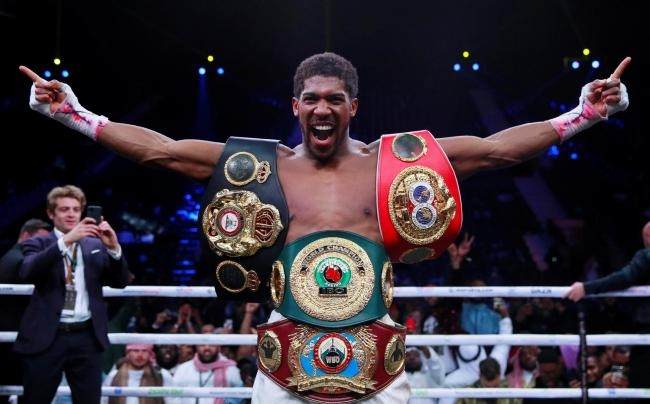 Anthony Joshua becomes UK's first £100 million boxer before mega Tyson Fury fight The boxer's business assets have grown by over £60m and now stand at an eye-watering £109m. He could double that by pocketing an expected £100m if he fights arch-rival Tyson Fury later this year.

His nearest competitor in the British boxing wealth stakes is ex-champ Lennox Lewis, who is said to be worth £90m. Joshua currently holds three of the four major world heavyweight belts.

According to Sparta’s recently-filed latest accounts, he banked £57.35m between February 2019 and 2020 from fights.

Joshua also pocketed an extra £6.55m from marketing, sponsorship and endorsements. Figures reveal the business turned over £63.9 million for the year and made a gross profit of £57.9 million.

Joshua and Fury are said to be close to finalising a deal for a ‘mega-fight later this year, possibly in Saudi Arabia or the UAE.