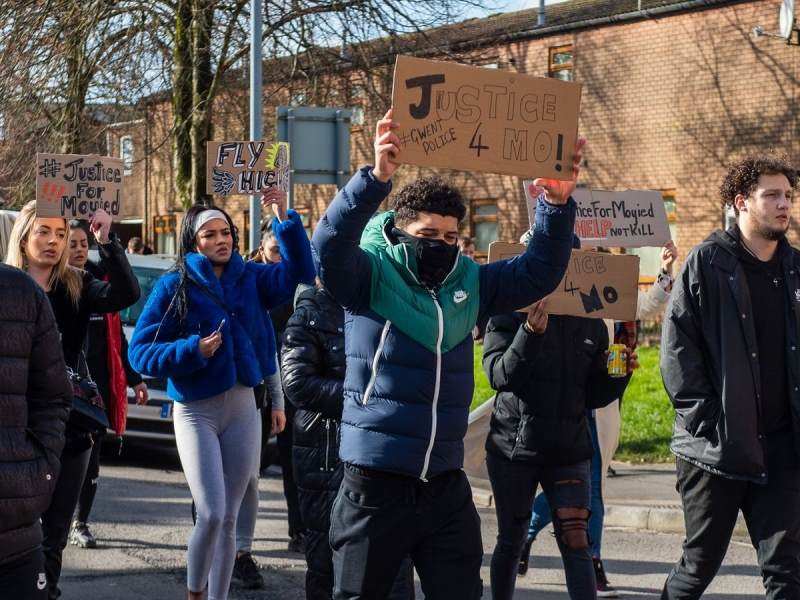 Dozens of people have marched through Newport following the death of 29-year-old Moyied Bashir. Mr Bashir died in hospital on Wednesday, February 17. Gwent Police said: “Officers attended a property on Maesglas Crescent in Newport at approximately 9 am on February 17 following concerns for the welfare of an individual after an emergency call was generated from the address.

“On their arrival, a 29-year-old man appeared to be suffering a medical episode. Officers called for an ambulance and he was taken to the Grange Hospital where was pronounced deceased a short time later.

The incident has been referred by Gwent Police to the Independent Office for Police Conduct (IOPC) in line with standard procedures.”

A spokesperson for IOPC said: “The force advised that while officers were still in the property, the man’s condition was noted to deteriorate. An ambulance was called, and he was taken to hospital where he was sadly pronounced dead later this [Wednesday] morning.

“Our investigators were sent to the property and to the post-incident procedures where the officers involved have provided their initial accounts.”

The watchdog added its investigation was in its “very early stages”.

The march began at around 12pm and protesters could be heard chanting “help not kill” and “no justice, no peace”.

ITV News reported that Mr Bashir’s brother, Mohammed said the family “want answers”. He said his parents were “heartbroken” at his death. “No mother should have to bury her child.”