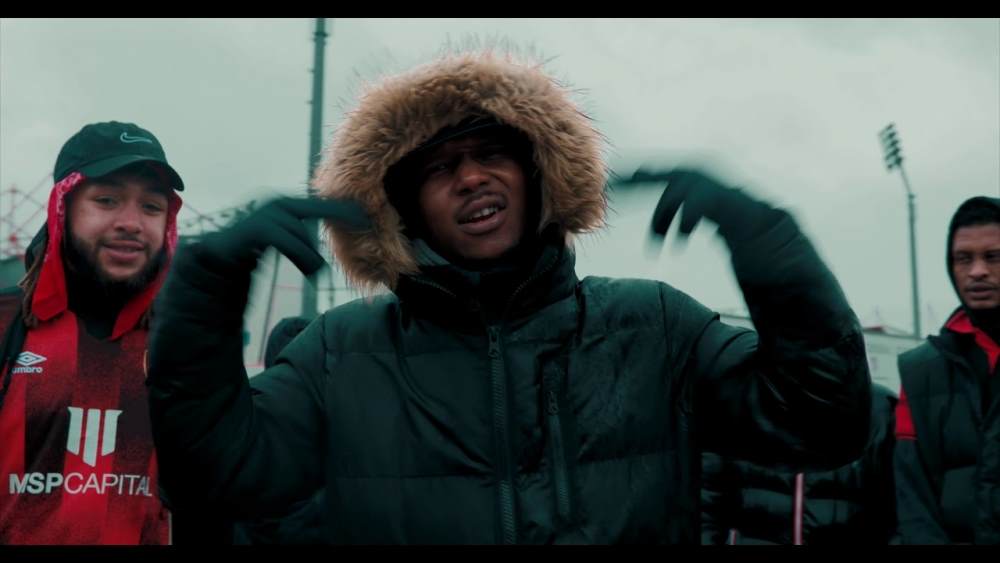 Bournemouth based rapper Stynezy and Cappa from Reading go in on their new freestyle titled 'Striker'.

20-year-old Stynezy and 25-year-old rapper Cappa are a part of a collective of artists from the South of England - along with a few international links - called 'Born Hungry Entertainment' which is very fitting because from the bars they are spitting in this one and the way they deliver them, you can see the hunger.

This freestyle titled 'Striker' - a fitting name as the video is shot right outside AFC Bournemouth's very own Vitality Stadium - kicks off with Stynezy whose ability to flow on the chosen beat is crazy, along with some of the lyrical content he displays it just sounds so good, Cappa comes in halfway through the freestyle and his entry is cold, from his tone of voice to what he actually opens his verse with, he just sounds sick on this track.

These two young rappers from the South are clearly very talented and looking to put their respective areas on the map, and if they keep dropping tracks like this, it won't be long until their following starts to double in size, and then triple and from there just grow more and more.