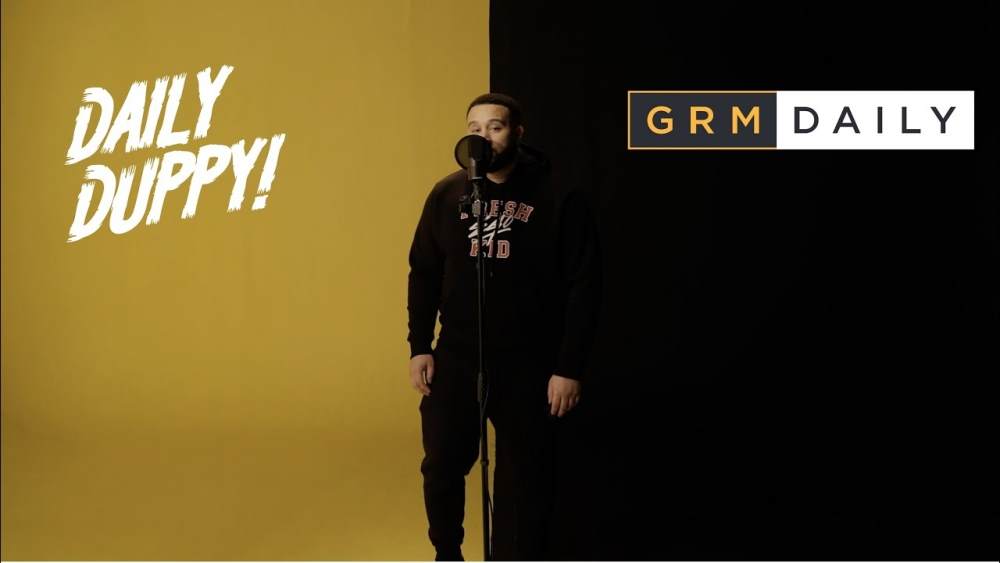 Kyze came through with some greazy wordplay on his Daily Duppy, as premiered on GRM Daily. The Peckham spitter sprays bars about gun crime, the trap and family ties abrasively and brings with him some serious energy. Heavy-hitting kicks backed with a haunted melody sets the background for a highly engaging freestyle, that we’re sure you’re going to enjoy.

The SN1 rapper has been in the game for some time now, releasing his first project back in 2007. OG fans of the collective will point to tunes like ‘Riding season’ featuring Giggs and others as to when they were first introduced to the South Londoner.

This freestyle comes off the back of his October release ‘2 Words, 2 Fingers’, an 11-track project with a number of high-profile features including Ghetts, Skrapz, Donae’O, Suspect, Aystar and Sona, as well as his fellow SN1 guys Tiny Boost and Giggs.

You can catch the visuals for this below.