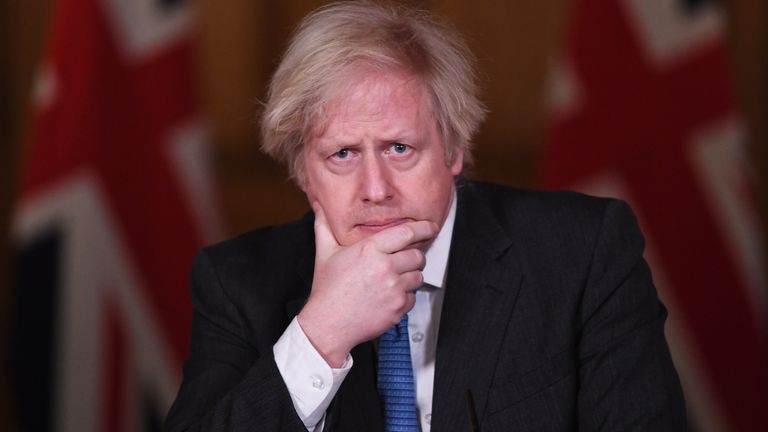 Social contact with loved ones will take precedence over the reopening of shops and hospitality when Boris Johnson sets out his roadmap for lifting restrictions in England on Monday, with school sports and family picnics offered as a trade-off for a longer closure of retail and restaurants.

Johnson will order the reopening of all schools on 8 March and pledge that two families or a group of six friends will be allowed to meet outdoors three weeks later.

He will reportedly set out a four-stage lockdown plan for the easing of the restrictions that touch almost every corner of daily life, with several weeks between each phase of reopening. Rules relaxed on 8 March to permit two friends to meet for coffee outdoors. School sports and activity clubs to resume outside when schools reopen.Six friends – or two households – can meet outside from Easter. Sports such as tennis and basketball will resume on 29 March.

The prime minister is also expected to set out encouraging new data that appears to show vaccines are having an effect on transmission – a key factor for a more optimistic timetable for reopening the economy. On Monday morning, the vaccines minister, Nadhim Zahawi, confirmed the initial phases of that approach, telling Sky News: “Suffice to say, the evidence looks good.”

He added: “We wouldn’t be in this place this morning to be able to say that we’re going to reopen schools on 8 March, and of course, as the school holidays begin on 29 March, we will look at the rule of six and two families being (able) to see each other outdoors, if we’re not confident that actually the vaccine programme is beginning to really bear fruit.”

The roadmap will be set against four key tests that must be met before new restrictions begin to lift, including infection rates, which scientists have said remain worryingly high.