HomeNews#ThrowbackThursday Celebrating 15 years of Sway's 'This Is My Demo'

#ThrowbackThursday Celebrating 15 years of Sway's 'This Is My Demo' 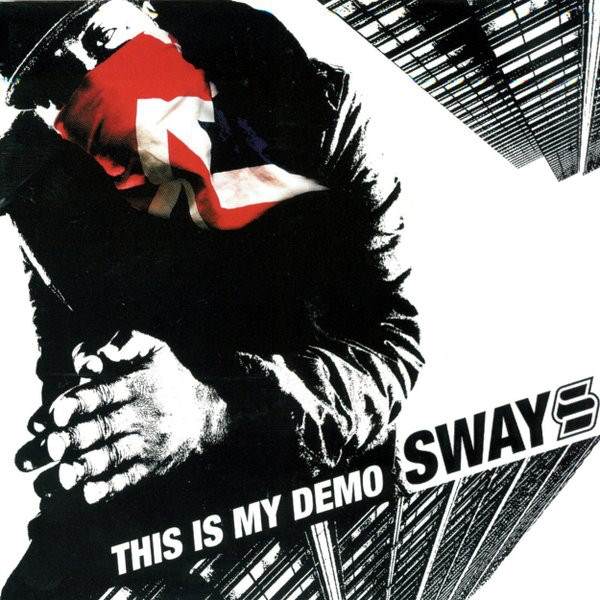 15 years ago this month, Sway (now using the name Sway Dasafo) released his debut album ‘This is My Demo.’ The album was released amidst tremendous anticipation, Sway's incredible run up to his debut album had created one of the most hyped UK debuts in a long time, things like the release of ‘This is My Promo Vol. 1 and 2’ and scene stealing guest appearances on tracks like ‘Harvey Nicks’ with The Mitchell Brothers and the remix of Chamillionaire’s ‘Ridin Dirty.

I remember first reading about Sway in Hip Hop Connection. At a time where Grime was on the rise in the UK following the release of the first wave of Grime albums like ‘Boy in Da Corner,’ ‘Home Sweet Home’ ‘Tredding on Thin Ice’ and ‘Against All Oddz,’ UK Hip Hop had taken a step back. Grime was this exciting young genre, and the mainstream was captivated by what would come next. In this period, Sway emerged, as an artist that could bridge the gap between the two.

It might be hard to believe for fans who might hear the same artist appear on a drill song, a grime song, an afroswing song and a rap song, but in the early 2000s, mixing between genres was a lot less prominent. Parts of the UK Hip Hop scene had been standoffish with the Grime scene, and this made the Grime scene rebel against them. With the lines firmly drawn, it was those who bridged the gap who gained the most from it.

Sway’s rise came through the release of his first 2 mixtapes ‘This is My Promo Vol.1 and 2’ I remember buying Vol. 1 from Dark and Cold in Central London, the last copy they had. With his mixtapes, Sway took the attitude of Grime, its regional pride, and used it to inform the Hip Hop he was making. This created an artist that could straddle between the 2 genres and be supported by fans of both.

Sway’s release of ‘This is My Demo’ came at the beginning of 2006, following an amazing 2005 for Sway, in which he became the first unsigned rapper to win a Mobo Award without having released an album, beating out 50 Cent, The Game, Kano, Blak Twang and Roots Manuva for the best Hip Hop artist award. The beginning of 2006 was the perfect time for him to release his debut album, following years of putting in the work to get to the point where he was. The album is made up of 14 tracks, with Sway providing production on every song, working with other producers including Terror Danjah, Al Shux and Turkish.

Sway was always quintessentially British, a type of nationalism that was common in the days when a lot of rappers previous to that generation had attempted to sound as American as possible. It was almost a rebelling against an American scene that rappers never felt would be accepting of them. The cover famously depicts Sway wearing the Union Jack flag as a bandana, in the same way, one might wear their colours to represent their set. This homegrown pride extends beyond the aesthetics and into the music, with Sway taking inspiration from his surroundings and upbringings. A song like ‘Products,’ where he pays homage to the Funnybones cartoon of all things, is a love song to city living, warts and all. With this album Sway takes everything he sees around him, and relays it to the listeners, from domestic violence on ‘Pretty Ugly Husband,’ the ills of trying to keep with the latest fashion trends on ‘Flo Fashion,’ the effect illegal filesharing was having on artists on ‘Download,’ and trying to calm down fights in the club on ‘Slow Down.’ And Sway addresses this all, some of which are very serious topics, with self-deprecating humour that the British are so well known for.

For me the highlights of the album are the intro ‘This is My Demo’ where Sway relays his whole journey to the listener, declaring his arrival with the release of this album. The previouse released single ‘Up Your Speed’ will always be a classic, with its Fleetwood Mac sample, and various remixes with Chamillionaire, Bruza and Skinnyman. And of course, one of Sway’s most memorable songs ‘Little Derek,’ a song that is guaranteed to still make you smile whenever you hear its opening notes and the hook of “Little Derek’s doing ok, Little Derek’s doing fine.”

‘This is My Demo’ was released with the great critical response, even receiving a Mercury Music Prize Nomination, along with making Sway the first UK rapper to win a BET award. Sway’s success would lay part of the foundation for UK artists going forward. From the pride in both his British and Ghanian roots, his collaborations with US artists like Lupe Fiasco, and his ability to bridge the gap between different UK genres. Sway helped break down the doors in many ways and for many different people. ‘This is My Demo’ has gone down as a real moment in UK Hip Hop history, which one deserves all the plaudits it receives. Sway’s impact on the UK scene is huge, and despite him having taken some time off at points in his career, there was real excitement when he announced his return last year. Sway is one of the unsung heroes of the UK scene, one who deserves to be spoken about more, for both his music but also for his work in elevating the scene as a whole.