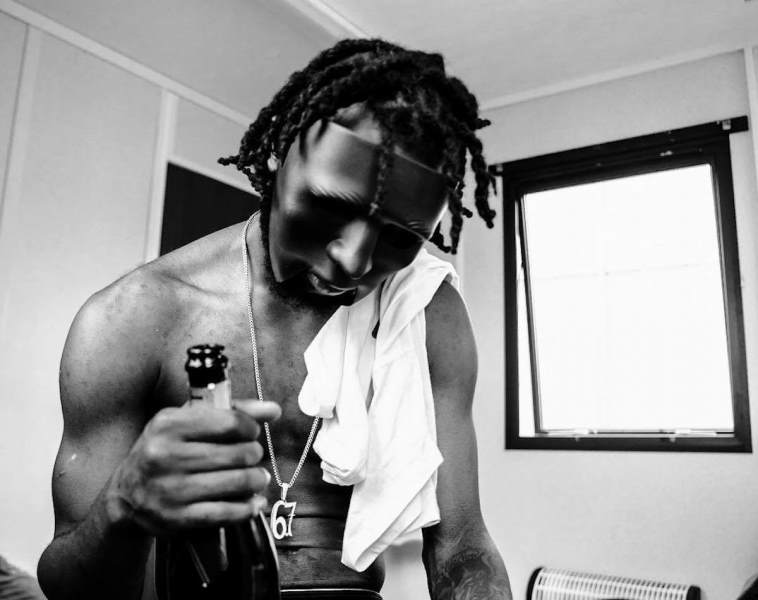 With a brand-new project, ‘Who’s Watching’, just released, LD is showing no signs of slowing down, regardless of his situation. Instead, the ‘Free Smoke’ artist is using his recent struggles as inspiration for the new album, which will feature the likes of K Trap and S Loud. Following up from popular tracks like ‘So Fly’ featuring Young Adz, ‘Crazy Year’, and more recently ‘Outro’, the album’s first single release, the new project will undoubtedly show a more personal side to the drill rapper.

From the beginning, it’s clear that ‘Who’s Watching’, is a meaningful project, as LD admits, “it’s based on the struggles that I’ve been through and I’m going through currently”. Having endured legal troubles over the past few years, the artist explains the meaning behind the concept. “I was always going to make a project, and it was always going to be this theme of ‘Who’s Watching’. It felt like a conspiracy had happened in my personal life, and that gave me the drive to finish it”. With that in mind, don’t expect too many features, “I didn’t really want any other features, because this is a personal project for me, more like my story. Anyone I’d put on wouldn’t have been able to fully understand”.

It would be easy to confine LD to the successful group that he became most known for, 67, however his solo work speaks for itself in terms of both lyrical ability and his enduring work ethic, which has rightly earned him the title ‘Godfather of Drill’ in the UK music industry.

Touching on his career, LD confessed that it happened by chance. “I would see my big bro’s rap, and that’s how I got into it.” He confirmed, “it started off as a hobby, we’d link up and spray bars and it went from there”. Since his beginnings in 67, the state of Drill has changed significantly both in the UK and overseas, but LD isn’t worried about that. Although he admits that drill’s been “watered down”, he views it as a positive, “I love how it is right now and how you can still feel the realness. You’ve got artists like Dave and Fredo who’ve jumped on Drill beats in their music, so that’s how you know it’s big”. It’s clear that LD has respect for his peers, with him even hinting to future collaborations with notable artists like AJ Tracey.

But who inspires the Godfather of Drill? Surprisingly, mainstream US rappers. “I’m inspired by artists like French Montana and Chief Kief in his early days”. Similar to the South-London born rapper, both of these artists have developed successful solo careers whilst creating projects alongside their respective groups, Coke Boys and Glo Gang. When asked about future projects with his own collective, 67, LD assures fans that “when we can get together again, there’ll be new music”.

That being said, LD also makes it clear that he’s inspired by other genres, not just drill, “I listen to a lot of old school R&B”, he reveals that they’ll be an R&B-inspired track on the upcoming album. Listeners have already been given a snippet of the album, with ‘Outro’ being released back in 2020, a steady-paced drop that hinted at what’s to come with the release of the album. Fans can look forward to energetic tracks capturing the real-life drama of the rapper, as LD asserts, “with all of my music, I feel like you can visualise it”.

And what does he want listeners to take away from ‘Who’s Watching’? “That I am the Godfather of drill. I want them to feel the pain I just went through and understand I’m not going back and for them to know that it’s a new chapter for me - I’m on a positive wave.”

Listen to LD's new album 'Who's Watching' below and follow us on socials to stay updated!