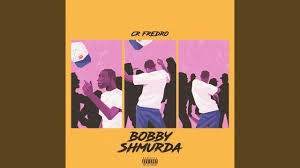 CR Fredro just released the visualizer to his new offering ‘Bobby Shmurda’ and we love the energy he brings to this one.

This drop plays tribute to the release of the East-coast phenomenon from incarceration. Fredro and his boys get wavy on camera turning up at every opportunity. Some slick editing and a greazy location list are what makes this video so entertaining, and 100% worth watching today.

Fredro is all about his craft and has several years in the game under his belt already. A diverse catalogue of sounds from the UK Funky scene to lyrical introspection bolsters him and has him set to make some waves with his upcoming EP ‘Bangers and Mash’. The project is due to come out later this month.

CR Fredro has been artistically inspired by the likes Wretch 32, Scorcher and Ghetts, having grown up with them and been immersed in their influence. Great wordplay, infectious energy, and mad flows definitely make him one to watch this year.