HomeNewsREVIEW: Digga D unleashes his new mixtape 'Made In The Pyrex'

REVIEW: Digga D unleashes his new mixtape 'Made In The Pyrex' 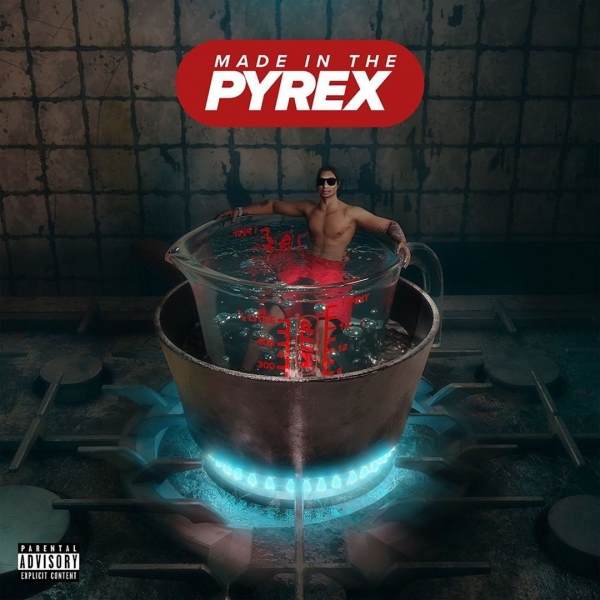 Kickstarting his career with drill collective 1011, West London rising star Digga D instantly displayed his talent and potential standing out to many audiences with popular tracks 'No Hook' and the 'Next Up' Freestyle. Through various setbacks, trials and tribulations Digga D pushed through, achieving millions of views and breaking records across many releases. With hit single 'No Diet', surpassing 22M views in 2019 subsequently led to being the first independent solo drill single to achieve Certified Silver. Since then, Digga D has released his debut mixtape 'Double Tap Diaries', a BBC documentary 'Defending Digga D' and many more singles creating a solid, successful discography.

Digga D's prominence in the UK is huge, potentially being the most popular drill artist right now as he unleashes his second mixtape 'Made In The Pyrex'. Starting the 'Intro' in 'real rap' style with melodies (produced by 5ive Beats) - immediately delivers an alternate sound that differs from his usual drill flow. Digga D introduces the tape, including a previous clip that went viral prior, still offering that sense of familiarity with his fans. This intro is short yet effective, successfully setting the excitement for the remainder of the project.

Transitioning into track 2 'Bluuwuu', Digga D revisits the authentic drill sound that made him the artist he is today. Produced by Glvck, the rawness of the beat goes hand in hand with Digga D's flow delivering hard-hitting bars throughout. "Why you think I'm not liked in the industry cos I'm in the streets with the shooters". Digga D talks about not being approved of by many in the music industry, due to where he came from and the life he has lived. 'Bluuwuu' undeniably gives audiences comfort that Digga D can still present his original style of music, which he further demonstrates with the features on the tape.

'Bringing it Back' - Ft Aj Tracey (Produced by The Elements x AOD ), 'No Chorus' Ft M1llionz (Produced by Itchy) and 'Folknem' Ft ZK and Sav'O (Produced by X10 x HL8 x Scott Supreme x Scott Styles) are all tracks further showcasing Digga D's ability to create well-constructed drill songs involving lyrical wordplay and fluid flows on cold, compelling production. The chemistry between the artists is clearly apparent, bouncing off each other with a range of versatility and uniqueness on each track.

In the past year, Digga D has aimed to integrate more experimental elements into his music. Seen on tracks like 'Woi' (Produced by M1onthebeat and Cee Beats), 'Chingy' (Produced by Itchy) and 'Toxic' (Produced by Trinz), Digga D attempts a more universal sound, catering to wider audiences. His ability to construct an extremely catchy hook has taken him to millions of views, streams and even to the charts whilst simultaneously lyrically sticking to his authenticity with his wordplay.

Track 11 'Window' is undoubtedly the most captivating track on the mixtape, delivering a whole new sound. Produced by female producer - Lizz Miribaby, Digga D incorporates his Caribbean culture and sounds of dancehall into his music fusing Patois into his lyrics and flow. Once again Digga D presents his ability to do just about anything!

Overall, it is clear that Digga D predominately enjoyed putting the 13 track mixtape 'Made In The Pyrex' together, exploring and experimenting with new sounds like a young and popular drill artist. As a project, it is not as strong as hoped however Digga D still delivered on various tracks and delivered his authentic sound as well as new components that present his versatility and uniqueness as an artist and not just a rapper.

'Made In The Pyrex' is now available to buy and stream on all platforms.

LINK TO ALL PLATFORMS - https://diggad.lnk.to/MadeInThePyrexSo