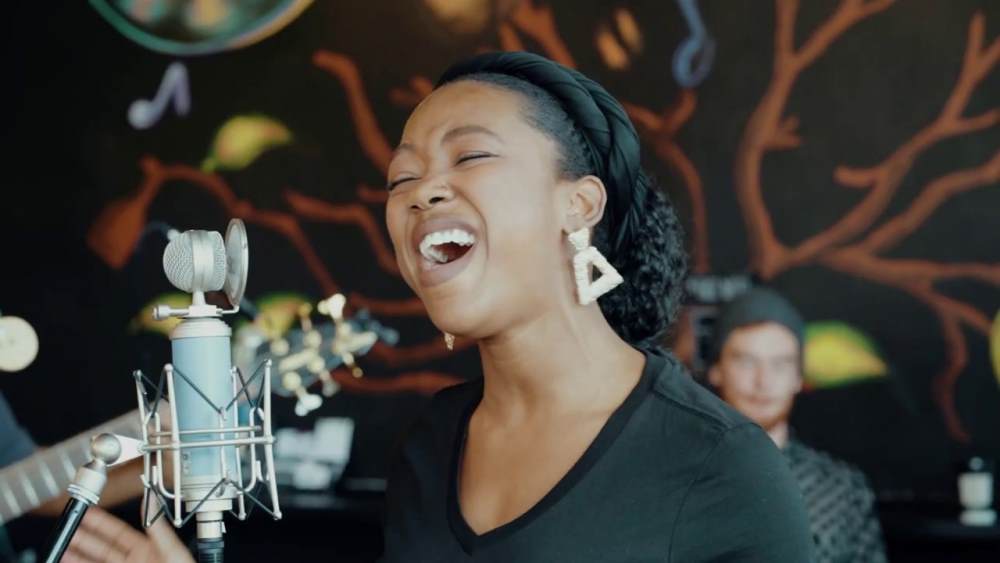 A breathtaking offering from the Cincinnati singer-songwriter, ‘Peaks & Valleys’ is Lauren Eylise at her finest. Bubbling with angelic vocals and a subtle piano melody, a euphoric crescendo builds throughout the track, as gospel choir harmonies, pounding percussion and slick electric guitar riffs ascend into a melody that is heart-stoppingly emotional. The passion oozes out of Lauren’s every word, her voice a stunning, startling burst of affection and sorrow that is truly captivating. Inspired by the unplanned conception of her son, the single, produced by Mia Carruthers and herself, is sincere and soulful, and an empowering release for the New York-based artist. “Peaks & Valleys is a song I wrote to literally lift myself out of a valley I was stuck in at the time”, Lauren elaborates. “We all go through tough times, but the flower needs the sunshine AND the rain to grow. This song is a reminder of that, especially in tough times”.

After the release of her debut EP ‘Life/Death/Life’ in September 2017, Lauren has gone from strength to strength in the industry, with her shimmering brand of eclectic-soul in tow. Opening stages for the likes of Erykah Badu, Patti Labelle and Tank & The Bangas, her incredible talent has seen her appear on the Kelly Clarkson Show and in P&G’s Secret Deodorant campaign. Her sound is reminiscent of Ms Lauryn Hill and SZA, who use their own onerous experiences and turn them into songs that resonate with others worldwide. Lauren’s spellbinding appearance on NPR’s Tiny Desk Concert, where she performed ‘Peaks & Valleys’, was received to rapturous accolade, developing a fan base who eagerly await the release of her upcoming album ‘This Is Personal’ later this year.

One of the industry’s most compelling talents, Lauren Eylise is destined for an astounding year, and ‘Peaks & Valleys’ makes for a beautiful way to begin it.