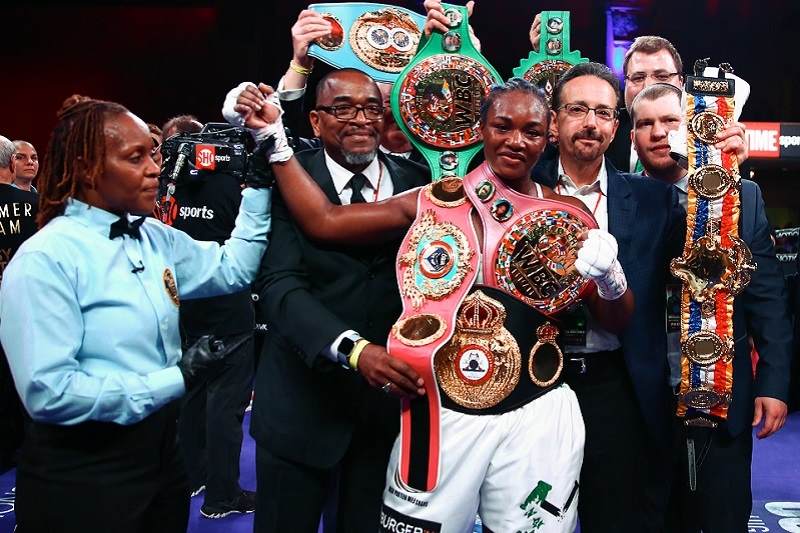 Two-time Olympic gold medalist, world champion in three different weight classes, and the current reigning unified light-middleweight and middleweight champion. It is safe to say Claressa Shields is the GWOAT in boxing history.

On the weekend before International Women's Day, an all-female card saw Shields Move to 11 consecutive wins as a professional outclassing the strong Marie-Eve Dicaire in Flint, Michigan, on Saturday. It is the first time a women's bout headlined a pay-per-view card since Laila Ali and Jacqui Frazier-Lyde, the daughters of Muhammad Ali and Joe Frazier who fought in New York in 2001, making it a historic event for the sport.

Shields stated her claim to GOAT status, "Muhammad Ali is first and Claressa Shields is second," she said.

Good morning from the 2x Undisputed champ! The one and only Claressa “The GWOAT” Shields

Shields became the first fighter in history to hold all four world titles in two separate divisions, but despite her iconic status she is still determined to right a wrong against her one loss in current undefeated WBO middleweight champion Briton Savannah Marshall. After her win on Saturday, she called to Matchroom Boxing promoter Eddie Hearn to make the fight happen.

"Katie is a very good fighter for whom I have a lot of respect inside and outside the ring... The ball is in her court if she wants to do it."

However, having dominated the world of boxing, Shields looks to step into a cage and the world of mixed martial arts making her debut in June.